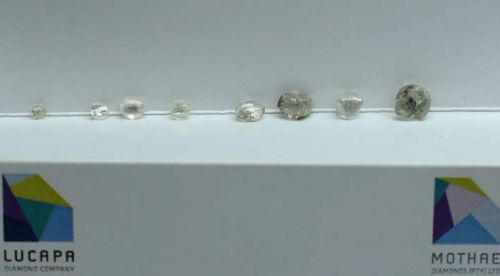 Australia’s Lucapa Diamond has announced workers at its 70% owned Mothae mine in Lesotho have recovered diamonds sourced from residual material and kimberlite stockpiles.

The company said the rough diamonds were recovered through the existing bulk sampling plant and infrastructure at Mothae, which has been refurbished ahead of schedule as part of a previously announced bulk sampling program.

According to the statement the largest rough diamond recovered in the test run is 6.6 carats.