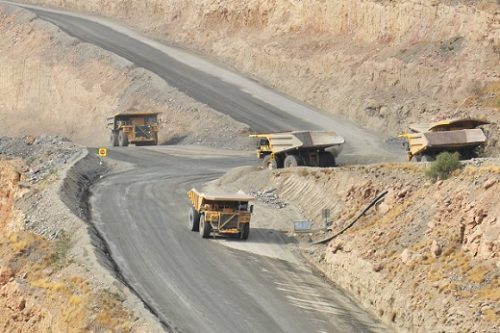 Botswana once again finds itself at a crossroads. The sparsely populated, landlocked country is in a constant battle to ensure the longevity of its diamond industry.

Recognizing that diamond mining will not last forever, the government’s beneficiation program has sought to establish cutting and polishing, trading, and auxiliary services in an effort to diversify its industry — and economy — away from its reliance on the mining sector.

De Beers, which counts around 59% of its production by value in Botswana, has played no small part in that effort. It did so initially by earmarking a part of its rough supply to be manufactured in Botswana, and today there are 18 sightholders with factories in the country. In 2013, De Beers moved its sales headquarters to Gaborone, meaning that its 10 annual sights were taken out of London, thus diverting traffic and diamond-related activity to the African city.

Furthermore, the establishment of the parastatal Okavango Diamond Company that same year gave the government access to 15% of production by Debswana, its joint mining venture with De Beers. That was the first time substantial rough sales from Debswana took place outside of the De Beers system.

The 2011 agreement that governed those developments is up for renewal in 2020, and negotiations are expected to begin in the coming year. For its part, the government is seeking to increase supply to local sightholders as a means of creating more jobs, newly elected President Mokgweetsi Masisi told Bloomberg in May.

Some question whether Botswana can handle more manufacturing, given that a few factories have closed in recent years. If profitability remains the biggest challenge facing manufacturers, Gaborone has yet to prove itself as a viable center for high-volume cutting. Perhaps De Beers can play a further role there, too.

The government will also likely want to increase the percentage of Debswana supply that Okavango receives. And it might want to renegotiate greater access to the large and high-value diamonds Debswana recovers.

Botswana has some leverage in the relationship with De Beers. It owns a 15% stake in the group, with Anglo American holding the remaining 85%. And the two are equal partners in Debswana and in DTC Botswana, which sorts and mixes production for De Beers and Okavango.

De Beers, meanwhile, brings to the table its mining expertise and budget. In 2010, it committed to investing $3 billion over 15 years in the Cut-8 expansion of the Jwaneng mine — considered the world’s most valuable diamond-producing asset.

De Beers could use the potential Cut-9 investment, as well as funding extensions at the Orapa and Letlhakane mines, as a bargaining tool in negotiations with the government.

De Beers walks a similarly fine line in other African countries where it operates.

In South Africa, it may have to reduce ownership of its local businesses from 74% to 70% under the new mining charter, as the government wants to see more local black economic empowerment (BEE) involvement. That said, De Beers is engaged in a $2 billion project to develop underground mining at the Venetia asset. From next year, Venetia will be its only mine in South Africa, as it plans to close the Voorspoed mine. It has already sold the Finsch, Cullinan and Kimberley operations over the past decade.

Meanwhile, in May 2016, De Beers signed a 10-year sales agreement with Namibia, in which it ceded 15% of local supply to the government and promised more diamonds to local cutters. The company subsequently announced major investments in its marine mining operations off the Namibian coast.

It’s that give-and-take that Masisi is hoping will result in a “win-win” for both parties as they negotiate their next long-term deal — especially given that so much of Botswana’s future diamond production depends on Jwaneng’s expansion.

“We have had a wonderful relationship with De Beers, and we expect that relationship to be even more cemented,” the president told Bloomberg in May. “The returns [from the Jwaneng development] are going to be realized in the period of the next deal. This is a marriage we’re after.”

This article was first published in the July issue of Rapaport Magazine.