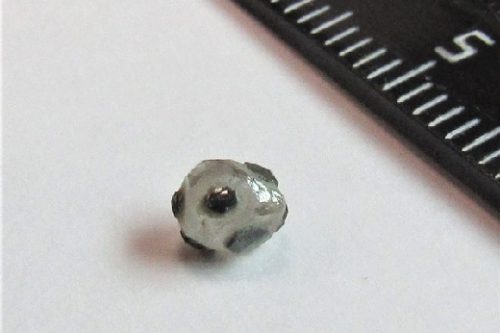 Alrosa has unearthed a rough diamond bearing an uncanny resemblance to a soccer ball, and with flawless timing: bang in the middle of the World Cup taking place in Russia.

The miner discovered the 0.50 carat stone at its Karpinskaya 1 pipe in the Arkhangelsky region last Wednesday, three days before the Russian national soccer team’s quarterfinal against Croatia. Alrosa CEO Sergey Ivanov said he hoped it was a good omen ahead of the game, though it didn’t work: Russia lost in a penalty shoot-out and exited the tournament.

“Nature creates a lot of different shapes, sometimes unexpected, but it is the first time we see something looking like a football,” a spokesperson for the Russian miner told Rapaport News Sunday.

The producer will name the diamond after Igor Akinfeev, Russia’s goalkeeper.

Alrosa, one of the World Cup’s sponsors, has made the most of the marketing opportunity, releasing a collection of 32 round, 0.3 carat polished diamonds in honor of the sports event one for each of the countries taking part in the tournament. It also launched a competition for fans to choose a soccer-related name for a 76.53 carat rough stone. However, none of those diamonds had the distinction of actually looking like a soccer ball.