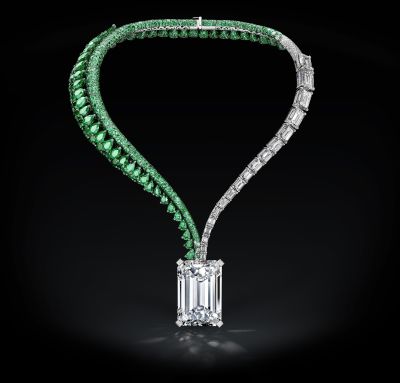 The largest diamond offered at an auction went under the hammer in Geneva Tuesday setting  a world record for a diamond of its shape.

The  D colour 11A type flawless diamond was Polished from a 404 carat rough diamond which was recovered in February 2016 in the Lulo mine in Angola.

The 163.41 carat called The Art of Grisogono, sold for $33.8 million, after taxes and commissions, at the Christie’s autumn jewellery auction.