Graff-owned diamond manufacturer Safdico will cut and polish a portion of rough from the Lulo mine through a partnership with Lucapa Diamond Company.

Safdico will have the rights to buy up to 60% of Lulo’s annual rough production under the terms of Angola’s new reform program, which went into effect last year. The new guidelines open sales to a wider range of buyers of the miner’s choosing, rather than forcing producers to sell to a list of clients approved by state-owned diamond company Sodiam.

All diamonds Safdico purchases from Lucapa will be placed into the joint partnership, the miner said Wednesday. Once polished, procurement and manufacturing costs will be deducted, with any profit from the sale of the polished diamond to be split equally between Lucapa and Safdico.

Safdico has already purchased 4,900 carats of rough from Lucapa through the partnership. Profits from the sale of the first batch of polished will be realized in the first quarter, Lucapa noted.

Lucapa, which operates the mine in Angola, first announced its intention to polish its own diamonds in February 2019 in an effort to maximize shareholder value by cutting out third-party manufacturers. Earlier this month, the company also debuted its first polished stones from the Mothae mine in Lesotho. Those included six D-color diamonds from a 36-carat rough, the largest of which was a pear-shaped, 8.88-carat, flawless stone.

Lucapa also plans to expand its total group production to more than 60,000 carats in 2020, it said.

“This production increase, coupled with the new revenue streams generated from the cutting and polishing agreement with Safdico, will enable [the company] to generate higher returns for its partners,” Lucapa explained. 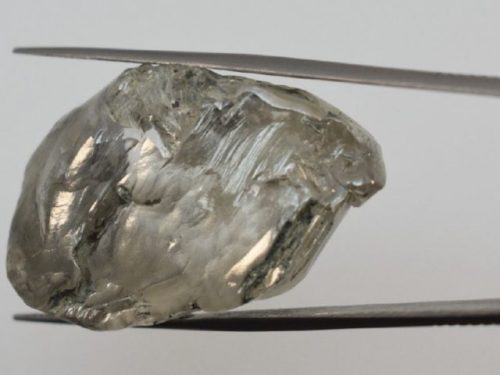 Lucapa Diamond Company has recovered its first+100 carat diamond for its Mothae mine in Lesotho.

The stone is a gem-quality 126 carat diamond and is the largest diamond recovered since commercial mining operations commenced in January 2019.

The diamond is also the sixth +50 carat diamond recovered since Lucapa commenced its pre-production bulk sampling programme at Mothae in 2018.

It comes shortly after Lucapa and its partners recovered a 130 carat gem-quality diamond from the company’s high-value Lulo alluvial mine in Angola.

Lesotho Minister of Mining, the Honourable Keketso Sello, said the recovery of the 126 carat diamond represented another milestone for Lesotho’s highly-prospective diamond sector.

“Lesotho is very proud of its international reputation as a producer of large and high-quality diamonds and this latest recovery from our newest mine, Mothae, continues to demonstrate our nation’s great potential,” said minister Sello.

Lucapa MD Stephen Wetherall said the 126 carat diamond was further proof of the large stone and high-value nature of the Mothae kimberlite resource, which is located within 5 km of Letseng, the world’s highest US$ per carat kimberlite diamond mine.

campaign at Mothae, along with other rare Type IIa and fancy coloured gems, and look forward to

unlocking the true value of this mine over the next decade and beyond,” Wetherall concluded. 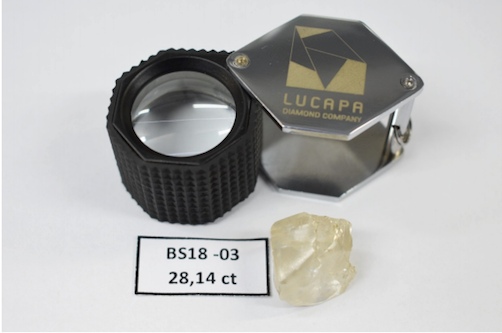 Just a week after unearthing an 11.88 carat diamond, Lucapa Diamond Company has recovered more “special” diamonds from its Mothae mine, including a 28-carat stone and two light pink diamonds.

Special diamonds, a term the company uses to describe any diamond over 10.8 carats, have been abundant at Mothae in recent weeks.

The company is currently conducting ongoing bulk sampling, and recent results have included an 89 carat yellow stone from Mothae’s South East zone, a 25 carat yellow gem from the Neck zone and a 12-carat white diamond from the North zone.

The bulk sampling at the site is happening alongside construction of a new 150-tonne-per-hour commercial diamond plant, which is on schedule to be commissioned in H2 2018.

Lucapa Managing Director Stephen Wetherall has previously discussed the company’s bulk-sampling program, describing the prior lack of exploration at the site.

“Certain areas of the kimberlite pipe which hadn’t historically been sampled (Neck zone), or where there had been very limited historical testing (South-East and North zones), were thought to be underestimated as a result. At the time of acquisition, we believed there was much upside here and this program is designed to deliver that upside,” Wetherall said.

Wetherall also touched on the commercial diamond plant’s construction, and how the successful recovery results have given the company optimism for the road ahead.

“To have already recovered special sized diamonds from early sampling tonnages in all three of these areas gives us great confidence we can achieve this goal. It also adds to our excitement as we advance construction of our new 150 tph plant, which remains on track for commercial diamond production later this year,” he said.

The Mothae mine, located in Lesotho, South Africa, is a joint venture between Lucapa, which owns 70 percent, and the government of the Kingdom of Lesotho, which owns 30 percent.