Lucara Diamond Corp. is pleased to announce the recovery of a 1,174.76 carat diamond from its 100% owned Karowe Diamond Mine located in Botswana.

The diamond, measuring 77x55x33mm, is described as a clivage gem of variable quality with significant domains of high-quality white gem material, and was recovered from direct milling of ore sourced from the EM/PK(S) unit of the South Lobe.

The 1,174.76 carat diamond was recovered in the Mega Diamond Recovery XRT circuit. On the same production day, several other diamonds of similar appearance (471 carat, 218 carat, 159 carat) were recovered at the main XRT circuit, indicating the 1,174 diamond was part of a larger diamond with an estimated weight of > 2000 carats.

The MDR is positioned after the primary crusher, ahead of the autogenous mill, and is the first opportunity for diamond recovery within the circuit.

Lucara Diamond Corp. has unearthed a 549-carat white diamond at its Karowe mine, the fourth-largest stone in the history of the Botswana deposit.

The unbroken stone, which is of “exceptional purity,” is the first large diamond Lucara has recovered using its Mega Diamond Recovery (MDR) equipment, the miner said Wednesday. The unit, which the miner commissioned in 2017, is specifically designed to recover large stones early in the extraction process to reduce the risk of breakage.

The rough stone is worth $15 million to $20 million, according to an estimate by Berenberg investment bank. However, it could potentially sell for more, the bank added.

The diamond came from the high-value EM/PK(S) portion of discovery of Karowe’s lucrative south lobe, Lucara noted. The same area yielded a 176-carat, gem-quality stone earlier this year, and was also the source of the 1,758-carat Sewelô, the 1,109-carat Lesedi La Rona and the 813-carat Constellation.

“Lucara is extremely pleased to be starting off 2020 with the recovery of two large, high-quality diamonds that build on the positive momentum generated following the completion of a strong fourth-quarter sale in December,” Lucara CEO Eira Thomas said.

Lucara has retrieved six diamonds over 100 carats since the beginning of the year. It will announce its plans for the sale of the 549-carat and 176-carat diamonds shortly. 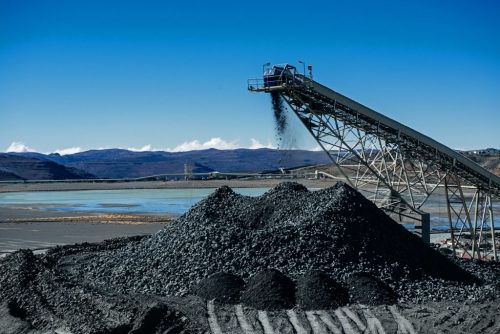 Tough times in some parts of the diamond-mining industry has prompted an innovative solution, a four-way merger to create a new southern African diamond specialist.

The proposal, from the London office of the German bank, Berenberg, could see Gem Diamonds, Petra Diamonds, Lucara Diamond Corporation and Firestone Diamonds emerge as a single business with enhanced financial metrics courtesy of cost savings and a focus on big, high-quality gems.

If the deal happens, and at this stage it is just a proposal from Berenberg and not something the diamond-miners have embraced, the new business would have mines in South Africa, Botswana, Tanzania and Lesotho.

Collective diamond production would total five million carats a year, which is equivalent to 3% of global output, but more importantly the proposed business would account for 8% of diamond supply by value.

The difference between volume and value is the key to Berenberg’s plan which has been published at a time when miners of small and low-grade diamonds are battling a flooded market whereas companies able to supply high-quality gems are generating strong profits. 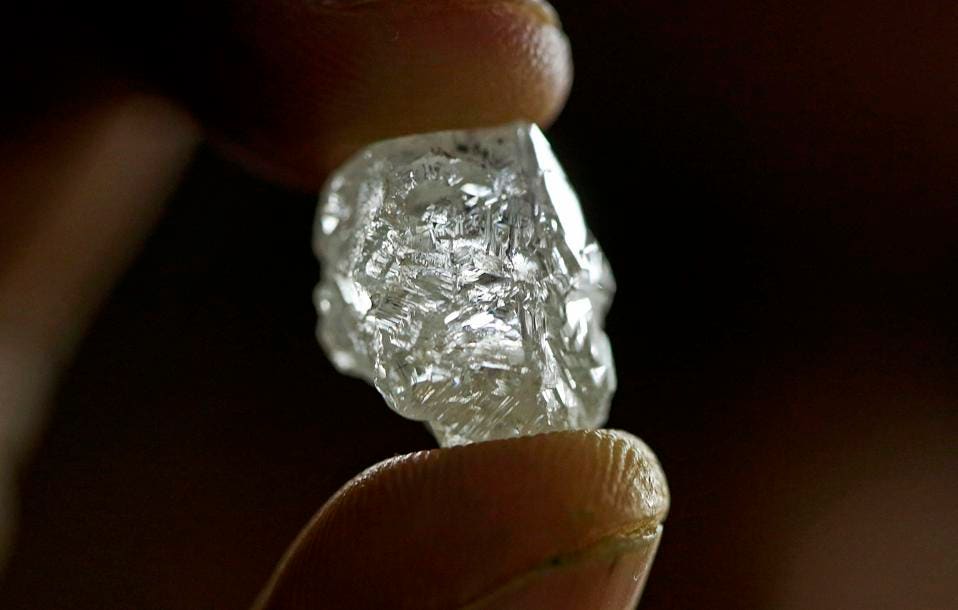 Berenberg said in a research report titled “Consolidating African diamond mining” that current valuations of diamond mining companies were at trough levels with lacklustre enthusiasm for the sector.

“We think something new is needed to return this sector to its former glory,” Berenberg said.

The bank said the logical way to start the process would be for a transaction between Lucara and Gem, which would create the go-to business for large diamonds, followed by a transaction with Petra and then with Firestone rolled into the structure.

Each company has its own production profile but Lucara is the best known for big diamonds having given the world the monster Lesedi La Rona in 2015, an 1109 carat stone which sold for $53 million and has since been cut into 67 smaller gems by Graf Diamonds.

According to Berenberg’s multi-stage merger proposal the new business would emerge with annual revenue of around $1.1 billion and free cash flow of $200 million.

“Our $1.3 billion market capitalization business would have listings in Canada, London and Sweden and, through the ability to pay an attractive dividend (we calculate a possible yield of 7%-to-8%) and the potential to attract investment from a range of global investors,” Berenberg said.