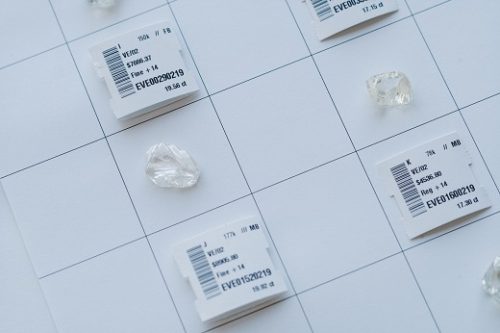 De Beers’ profit dropped in the first half of the year as weak demand at the trade and consumer levels impacted diamond prices, the company said Thursday.

The rough market was subdued due to high inventories in both the midstream and the retail sector, as well as a slowdown in growth of consumer demand, the miner explained. The US-China tariff dispute, protests in Hong Kong and the strong US dollar hit retail performances outside the US, especially in China and the Gulf region. In the US, retailers’ store closures and reduction of stocks weighed on polished demand, creating a further negative effect for the rough business, De Beers added.

Earnings before interest, taxes, depreciation and amortization (EBITDA) slumped 27% to $518 million as a result of the impact on margins, the miner reported. Total underlying earnings fell 7% to $187 million. Revenue slid 17% to $2.65 billion, with rough-diamond sales decreasing 21% to $2.3 billion. Other revenues came from businesses such as Element Six, its industrial-diamond unit, and De Beers Jewellers, its high-end retail chain.

“The lower rough-diamond sales reflected higher-than-expected polished stocks at retailers and the midstream at the beginning of 2019, with overall midstream inventory levels continuing to be high throughout the first half,” De Beers noted.

De Beers’ rough-price index, measuring prices on a like-for-like basis, fell 4% for the period versus a year earlier. The average selling price declined 7% to $151 per carat, influenced by a change in the sales mix caused by the weaker conditions.

The company expects those challenges to continue in the short term, but also foresees an improvement as the industry reduces its inventory and consumer demand rises.

“Underlying GDP [gross domestic product] growth remains supportive of consumer-demand growth, and is expected to bring midstream and retailer stocks back to more normalized levels as we move into 2020, subject to an improving macroeconomic environment,” De Beers said.

Last week, De Beers reduced its production outlook following low demand, forecasting output of 31 million carats this year, whereas it had previously expected to recover 31 million to 33 million carats. Production fell 11% to 15.6 million carats during the first half, as the company chose not to increase mining levels at other deposits to compensate for a lull at the Venetia mine. Output at the site in South Africa has fallen amid its transition from open-pit to underground operations.