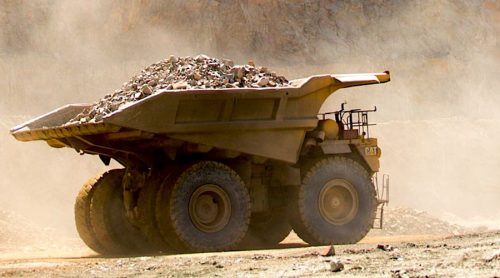 Botswana’s Debswana Diamond Mining, a joint venture between De Beers and the southern Africa country’s government, have awarded Thiess’ subsidiary CIMIC a $1.2-billion contract to extend the lifespan of their Jwaneng mine.

Jwaneng, which began operations in 1982, is currently 650 metres deep, but its owners want to deepen the pit to 830 meters (2,700 feet), which will allow continuing operations for another 11 years, to 2035, and extracting a further 53 million carats.

Debswana will invest approximately $2 billion over the life of the project, dubbed Cut 9, which involves removing waste from the bottom of the mine to both widen and deepen the pit.
“Jwaneng, which began operations in 1982, will continue in operations unit 2035.”

At its peak, Cut-9 is expected to create more than 1,000 jobs, the majority of which will be held by locals.

“With global consumer demand for diamonds reaching record levels in 2018, the extension will enable us to continue to meet the needs of our consumers all over the world,” Debswana’s chairman Bruce Cleaver said in the statement.

This is not the first time Debswana decides to invest in expanding Jwaneng, the world’s No.1 diamond producing mine by value, which contributes almost 70% of the partnership’s total revenue.

The company completed in November a $3-billion, 10-year-long expansion plan, Cut 8, which extended the lifespan of the mine to 2024.

Debswana was formed in 1969 as a 50/50 partnership between the Botswana’s government and De Beers Group. The unit is a significant contributor to the country’s economy with more than 80% of its profits going back to Botswana’s citizens.

Diamonds from Debswana bring in about 50% of public revenue, representing 33% of GDP and over 80% of foreign earnings to Botswana.