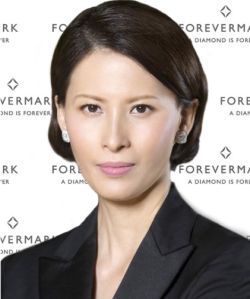 She will take over the day-to-day running of the brand, allowing Lussier, who has been CEO since 2009, to increase his focus on shaping De Beers’ strategy at the consumer level, the company said last week. He will also continue in his position as Forevermark chairman, and will oversee its strategic role within the De Beers portfolio.

Liu joined Forevermark in 2008 as president of its Asia Pacific region. She was previously employed by L’Oréal, Louis Vuitton and the Boston Consulting Group.

“ Liu is an outstanding candidate to take over as CEO of Forevermark,” said Lussier. “As the brand sees rapid growth in Asia, Nancy’s exceptional expertise and knowledge of the region provides us with excellent continuity.”

De Beers appointed Liu to its executive committee in 2017.