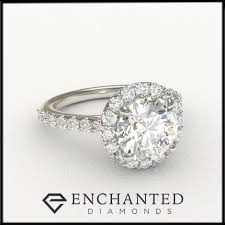 A popular diamond business appears to have abruptly shut down, leaving paying customers without their jewelry.

The company website says it is not accepting orders and a growing number of disgruntled Enchanted Diamonds customers like Rebecca Zuzula say they never received the precious stones they paid for.

“Many of us wired the money,” said Zuzula. “Several used a credit card but as of maybe the first week of June or so, we quit hearing back from the owner.”

The Better Business Bureau in New York City says it has recently received 24 complaints from consumers in 11 states about transactions with Enchanted Diamonds.

Zuzula says her jewelry was supposed to be an anniversary gift from her husband.

Ajay Anand, the CEO of Rare Carat, tells CBS2 it will file a lawsuits and pay legal fees for those claiming to be victims of Enchanted Diamonds whether they used his site to find the company or not.

He says he’s heard from more than 60 alleged victims.

“We did everything we could to vet this company,” said Anand. “This was unforeseeable. I think all the evidence will point to that.”

CBS2’s attempts to contact the president of Enchanted Diamonds were unsuccessful.

Some frustrated customers say they plan to sue.

The Better Business Bureau says anyone who thinks they’re a victim should file a complaint with them or a report with the New York state attorney general.