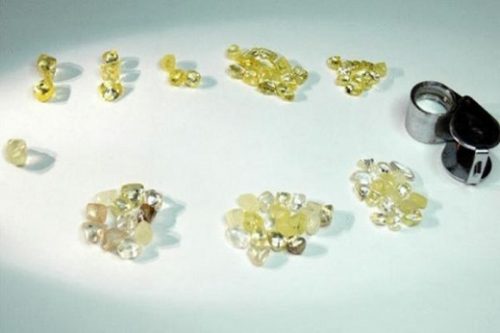 Only a year ago, very few in the diamond industry would have heard of POZ Minerals. But the company, better known as a phosphates producer, is trying to build a portfolio of projects in Western Australia that could make it a niche supplier of fancy-yellow diamonds.

POZ announced Tuesday that it was bidding for the Ellendale mine after the state government’s call for investors in the asset last week. While POZ already owns the adjacent Blina mine, it hopes to combine the two assets and solidify its position in the fancy-yellow category, Jim Richards, POZ chairman, explained in an interview with Rapaport News Monday.

Owning both “would result in economies of scale and efficiencies in exploration and development and would be a major step towards building a branded diamond-mining company producing the fancy yellows for which Blina and Ellendale are justifiably famous,” the company added in a statement it released Tuesday.

Richards believes the company is a front-runner in the Ellendale bid, given that it already has four mining leases at Blina and since POZ is the only miner in the area with such a license. It also already has a deal with Bunuba Group, the native titleholder for both the Blina and Ellendale land.

Ellendale comes with some history, however, after former owner Kimberley Diamonds ran up bills and a list of creditors that forced it to close the mine in 2015. That, despite a lucrative supply agreement with luxury jewelry Tiffany & Co. for its fancy-yellow diamonds.

Richards is hoping to reestablish that partnership and forge new ones with other retailers. Ellendale’s yellows have a consistency few other mines can achieve, he explains. Meanwhile, POZ is in talks with retailers in Australia and abroad for similar offtake agreements and branding of yellow diamonds from the Blina mine.

POZ is still in a testing phase at Blina and is looking for investors, or to partner with “an experienced mining company,” before production can proceed. Testing shows that fancy yellows account for about 7% of Blina’s production, while white stones make up 18%, 46% are off-white diamonds, and 29% brown. Of those, 93% are gem content or near-gem content, Richards noted.

A parcel of stones from the mine was valued at an average price of $389 per carat, with the fancy-yellow diamonds estimated at approximately $3,391 per carat.