Laboratories should reserve the term “grading report” for natural diamonds rather than lab-grown stones, the World Jewellery Confederation (CIBJO) has urged.

Lab-grown diamonds lack the rarity that underpins the concept of grading, CIBJO argued Tuesday. Instead, documents providing details of synthetics should be called “Laboratory-Grown Diamond Product Specifications,” the organization says in a new set of guidelines it released to the trade this week.

The standard grading report implies “a degree of rarity of the product,” a CIBJO spokesperson told Rapaport News. “But on the other hand, the consumer has a right to know what the components of the product are. The important element is that the term ‘grading’ is taken out.”

CIBJO’s board has made its new Laboratory-Grown Diamond Guidance available for review by affiliated companies and national associations, the organization said. The consultation phase is the final stage in a two-year process to create harmonized standards for man-made stones.

The rule book, which is not binding, also calls for laboratories to include extra information such as the name of the manufacturer, the country and method of manufacture (chemical vapor deposition or High Pressure-High Temperature), and information about post-growth treatments. It also recommends that the letters “LG” precede the color and clarity grades on the report to indicate the stones are lab-grown.

The guidelines deal with how to describe lab-grown diamonds and display them at events such as trade shows. They also provide recommendations on how companies should disclose the origin of the stones on invoices and consignment documents, and discuss synthetics detection technology.

“A key principle of the Laboratory-Grown Diamond Guidance is that, to ensure confidence, consumers must receive complete and unambiguous information about what they are buying, so that they can make consciously informed purchasing decisions,” CIBJO explained.

CIBJO’s Blue Book, a separate document on grading standards and terminology, notably kept “natural” in its definition of diamonds even after the US Federal Trade Commission dropped the word in 2018.

A romantic marriage proposal is a significant milestone in many people’s lives.

Engagement rings can also cost tens of thousands of dollars and are commonly stolen in home invasions.

Jewellery experts are urging engaged couples to get the girdle of the diamond engraved so they can’t as easily be pawned.

This microscopic serial number could be enough to get the ring returned, and save newlyweds potentially hundreds of dollars a year in insurance premiums.

Roy Cohen, a third-generation diamond grader originally from South Africa, said these minute inscriptions increased the chance of a stolen ring being reunited with its rightful owner.

‘It’s invisible to the naked eye, it can only be seen with magnification but it’s basically a serial number,’ he told Daily Mail Australia.

‘Usually what happens is, at any pawn shop, they will take a jeweller’s loupe and they will actually have a look at the item.

‘If there’s a certificate number on the girdle of the diamond and the diamond’s been sold without the certificate, usually that does raise alarm bells.’

Mr Cohen, the director of Diamond Certification Laboratory of Australia, said engraved serial numbers on diamonds could be checked against a database, arguing this was more effective than leaving a diamond un-engraved and relying on police detective work to find a stolen item.

‘If somebody steals a diamond ring from a house in Sydney and then goes to sell it in Melbourne, there’s no way that they’re going to get found out because there’s not a lot of co-operation between states,’ he said.

His DCLA company began inscribing diamond rings in Australia in 2001, following his move from Johannesburg to Sydney.

It has now formed a partnership with underwriter Woodina to form Certified Diamond Insurance, which only insures jewellery with an inscribed serial number.

Mr Cohen, who has three decades of experience as a diamond grader, vowed customers could save up to 50 per cent off their premiums compared to traditional home and content packages.

Jewellery is the third most stolen item stolen from Australian homes, after cash and laptops, an analysis of official burglary figures by insurer Budget Direct found. 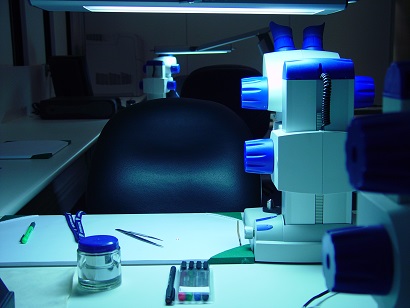