The US has imposed sanctions on Alrosa and its CEO, Sergey S. Ivanov, in response to Russia’s invasion of Ukraine.

The diamond miner is one of 11 entities the Department of the Treasury has identified as being owned by or connected to the Russian government, according to a Thursday statement. The measures restrict American companies’ ability to engage in debt and equity transactions with Alrosa after Russia launched military action in Ukraine last week.

“Effectively, this action bans US businesses and persons from entering into debt transactions longer than 14 days with Alrosa but does not impose the harsher sanctions of an asset freeze and outright prohibition of all business,” the Jewelers Vigilance Committee (JVC), a source of legal guidance for the industry, said in an alert to members. “For the jewelry industry, any open memo agreements previously entered into with terms longer than 14 days should immediately be amended to shorten the terms, and/or closed.”

US companies should also evaluate any current transactions with Alrosa or its stateside affiliate, Alrosa USA, to ensure they do not violate the sanctions, the JVC added. The executive order does not apply to goods acquired from Alrosa or Alrosa USA before February 24, the organization pointed out.

Alrosa, a third of which is owned by the Russian state, is responsible for 90% of Russia’s diamond-mining capacity, the Treasury noted. The sanctions include Ivanov because the US counts him among the “leaders, officials, senior executive officers, or members of the board of directors” of the Russian government, and because he is the son of sanctioned official Sergei B. Ivanov, a close ally of Russian President Vladimir Putin, the statement continued.

“Treasury is taking serious and unprecedented action to deliver swift and severe consequences to the Kremlin and significantly impair their ability to use the Russian economy and financial system to further their malign activity,” said US Treasury Secretary Janet Yellen. “Our actions, taken in coordination with partners and allies, will degrade Russia’s ability to project power and threaten the peace and stability of Europe.”

Alrosa said its interactions with international partners would continue and that it was working to avoid any impact.

“Alrosa is carefully studying new working conditions in connection with the imposed sanctions,” a spokesperson for the miner told Rapaport News Sunday. “We intend to offer all our stakeholders the best possible service. We do our best to fulfil our obligations so that their businesses would continue to operate as usual.” 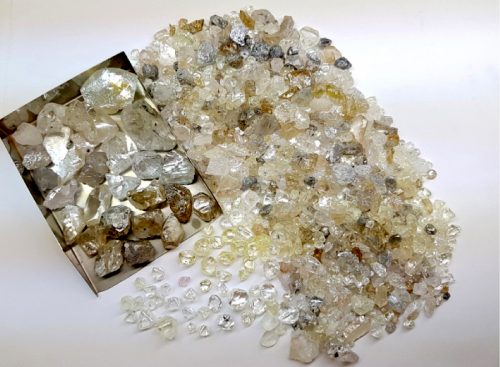