Petra said the industry was dealing with its worst market conditions since the financial crisis that began in 2008, as the company reported a full-year loss of $258m.

The global diamond market is struggling with lower prices and an oversupply of stones. In addition US-China tensions and pro-democracy protests in Hong Kong have hit demand in the industry’s key markets.

“You need a world that’s firing on all cylinders for diamonds to do extremely well,” Richard Hatch, an analyst at Berenberg said. “It’s a luxury, discretionary spend.”

Shares in Petra dropped to a record low of 7.17p on Monday, according to Refinitiv data. They ended the day down 6 per cent at 7.58p.

Stress is being felt across the industry. Last month De Beers, the world’s second-largest diamond producer, said its sales fell 44 per cent from a year earlier. Shares in other listed diamond producers have also sunk this year with Canada-listed Mountain Province Diamonds down 45 per cent and London-listed Gem Diamonds off by 35 per cent.

Petra’s loss included a non-cash impairment charge of $247m due to what the company said was a “more conservative” assumption for diamond prices. It had reported a $203m post-tax loss a year earlier. Revenues fell 6 per cent to $463.6m.

Petra, which runs the Cullinan diamond mine in South Africa, said diamond prices fell 4 per cent in its September tender from the fourth quarter ending in June.

Richard Duffy, who has been chief executive since February, said it would take between 12 to 18 months for the market to stabilise.

“It is a tough market,” Mr Duffy told the Financial Times. “But when it turns, it tends to turn quite quickly.”

Petra now expects that diamond prices will be flat for the next two financial years, rather than up by 3 per cent, above a long-term US inflation rate of 2.5 per cent a year, as previously forecast.

Petra, which also has mines in Tanzania, said it had discussed with its bankers the possibility it might breach certain covenants on its loans this year and next. It said the banks had “reaffirmed” their support.

Mr Duffy said the company would look to reduce its $595m of net debt by improving the efficiency of its mining operations. The company said it had “sufficient liquidity headroom” for at least 12 months. 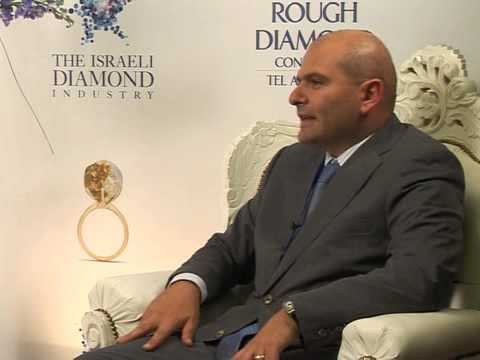 South Africa’s Petra Diamonds is keeping founder Adonis Pouroulis as chairman, despite some shareholders voting against his renewal at the 2018 annual general meeting.

The company, which last month appointed former gold miner Richard Duffy as chief executive effective in April, said the appointment of a new chair was “not appropriate” at this time.

Petra said the board and nomination committee had considered the 22.12% vote against Pouroulis’ re-election as chairman in the context of Petra’s ongoing three-year succession plan.

Despite concerns raised by some shareholders, the diamond miner said the current chairman continued to “demonstrate the independence of thought and challenge required for his role, notwithstanding the number of years he has served as a director.”

Pouroulis founded Petra in 1997 and has been its chairman ever since.

The company has been seeking to turn around its fortunes after piling up debt to expand its iconic Cullinan mine, in South Africa, where the world’s largest-ever diamond was found in 1905.