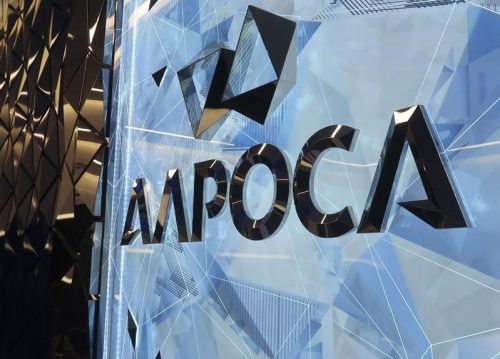 The US trade war with Beijing has wiped out sales targets of the world’s largest diamond producer Alrosa in China and hit purchases by the country’s tourists in the west.

“When there’s any political instability or tensions, luxury goods sales immediately react, including jewellery with diamonds,” chief executive Sergei Ivanov of the Russian diamond miner said in an interview with the Financial Times.

“We thought our sales growth in China would go up by 2 or 3 per cent, but now the outlook is likely more pessimistic — growth rates will either be neutral or slightly negative.”

Mr Ivanov has backed a push into China, which analysts expect to drive growth in the diamond market in the next decade along with India, as Alrosa seeks to meet demand from China’s burgeoning middle class.

The state-owned company, which produces about half the world’s rough diamonds along with De Beers, is attempting to catch up with its rival and has raised China sales from $50m to $200m in recent years.

But headwinds from the US-China trade war and a broader market slump are hitting the industry’s profits.

Alrosa’s revenue fell 27 per cent year-on-year to Rbs70.5bn in the first quarter of 2019. Anglo American, the owner of De Beers, blamed a 6.3 per cent decline in its most recent sales period last month on a “more challenging environment” in China.

The industry is also facing a supply glut that has tempered demand for polished stones, which analysts at Russian investment bank VTB Capital expect to decrease by 2 per cent this year and remain poor until 2021.

Mr Ivanov said Alrosa would continue to favour price over volume despite the struggles. “We could cut the price by 10 per cent and sell everything we have, but we won’t help the market by doing that because it’d lead to prices on diamonds in the midstream falling.”

He predicted that Alrosa’s sales, which fell 38 per cent year-on-year to $988m in the first quarter this year and had continued to slump since, would continue to remain “much worse” than 2018 before normalising in the fourth quarter this year. “In the end, Christmas in the US and Chinese new year in February aren’t going anywhere. There’ll be good demand and the market will normalise,” he said.

The slump has not deterred Alrosa from seeking new avenues for production, with its existing reserves, mostly located in Yakutia in northeastern Russia, set to run out by 2047. Mr Ivanov said new ones will probably be discovered in the near future.

Half a world away, Alrosa opened operations in Zimbabwe this year and is increasing its presence in Angola, where it has a stake in Catoca, the world’s fourth-largest mine, and developing the $1.5bn Luaxe kimberlite project, which is expected to be even larger.

The company has ramped up its African operations even as other foreign nationals have stopped operating or wound down their presences in Zimbabwe and Angola.

The move comes as Russia has raised its presence in Africa through further investment in raw materials from oil to bauxite, arms sales and security advice.

Alrosa signed its deal to enter Zimbabwe after president Emmerson Mnangagwa visited Moscow this year, ahead of a larger Russia-Africa summit scheduled in Sochi on the Black Sea for October.

But Mr Ivanov said Alrosa’s interest in the continent was entirely geological. “Reserves in other African countries have all been researched and the chance of finding a large deposit there is close to zero,” Mr Ivanov said.

Alrosa has also overcome suspicion of Russia to grow its operations in the US, where it has reopened a New York office, increased rough diamond sales, and plans to begin selling polished diamonds.

Mr Ivanov said that 70 per cent of investors in its recent $500m bond issue were western-based, while about half the company’s free float was owned by US entities.

“Investors don’t bring up sanctions at all any more,” he added.