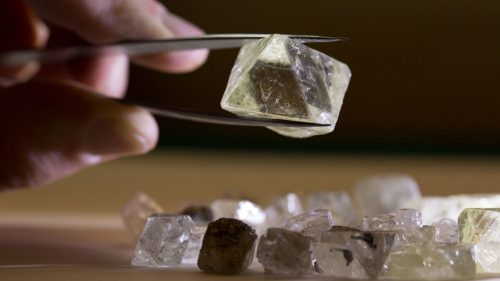 Russian police uncovered around $3 million worth of stolen diamonds, and over $2.5 million in cash, at the homes of a criminal ring operating inside state-controlled diamond producer Alrosa, authorities said on Monday.

Alrosa, the world’s largest producer of rough diamonds in carat terms, confirmed that security services had uncovered an ongoing diamond theft ring in its sorting and grading department.

Russia’s Investigative Committee said in a statement that three suspects, one of whom is an Alrosa employee, have been placed in custody by a Russian court.

“Alrosa completely confirms information from Russia’s FSB (security service) about the interception of an extensive scheme to steal rough diamonds in the company’s United Selling Organisation,” Alrosa said in a statement, referring to its valuation and sales department.

The suspects were caught red-handed last Thursday attempting to steal another batch of diamonds worth over 22 million roubles ($340,000), investigators said.

During the course of their subsequent investigation, a bigger cache of diamonds and cash was found, as well as jewellery and dozens of diamond-encrusted watches.

A video shared by the Investigative Committee showed several opened safes filled with wads of $100 bills, Tiffany and Dior jewellery boxes, and multiple plastic bags of unpolished diamonds of different shapes and colours.

The court ordered that the three suspects be held in custody while the investigation continues.

“A few years ago the company announced its focus on rooting out corruption cases. This focus will be continued,” Alrosa said in its statement, adding its own security team had been involved in the investigation.