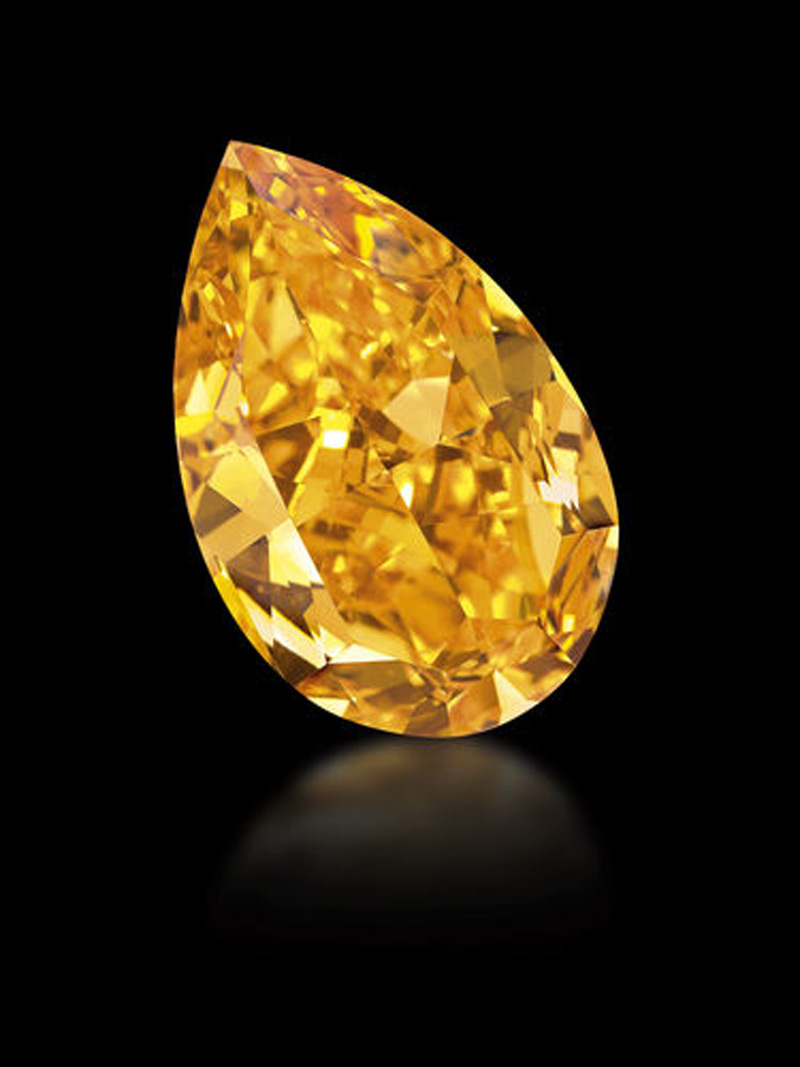 It is a world record price per carat for any coloured diamond, said Christie’s auction house. The purchaser left the room to a round of applause. Christie’s did not reveal his identity.

Pure orange diamonds, also known as "fire diamonds", are extremely uncommon and few have been auctioned, with the largest never more than 6 carats.