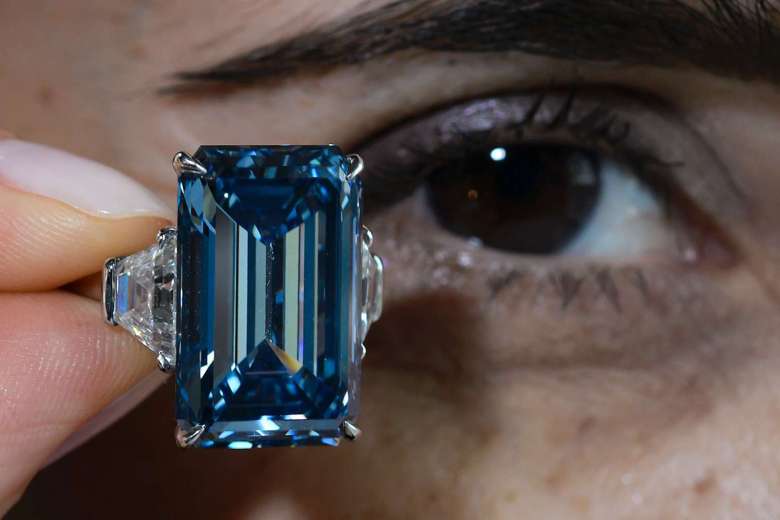 A blue diamond became the most expensive jewel ever auctioned, setting a record price for a jewel in auction when it sold at hammer for $US58 million ($80 million AUD).

The Oppenheimer Blue, at 14.62 carats, is the largest fancy vivid blue diamond to be auctioned at Christie’s auction in Geneva. The Auctioneers estimated was $US46 million.

The Blue diamond was named after owner, Sir Philip Oppenheimer, whose family controlled De Beers for 80 years before selling a stake in the diamond company to Anglo American in 2012.