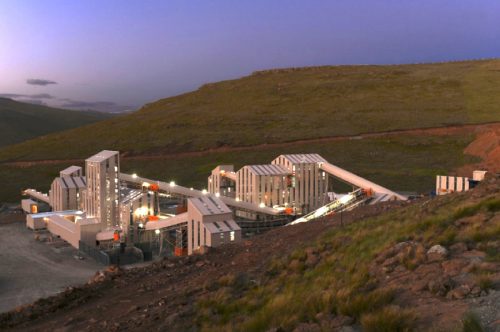 Australia’s Lucapa Diamond (ASX:LOM) has recovered an 83.9 carat diamond from its recently commissioned Mothae mine in Lesotho, Africa.

The stone is the fourth diamond over 50 carats the company has recovered to date at its 70%-owned Mothae operation.

While the find was not gem-quality, Lucapa says it continues to underline the large-stone nature of the kimberlite resource.

Commercial production at the mine, which the Perth-based company acquired in early 2017, began in December via a new 1.1 million tonne-per-year plant that is progressively ramping up to its nameplate capacity.

“While the 83.9 carat diamond was not gem-quality, Lucapa says the find continues to underline the large-stone nature of the kimberlite resource.”

The government of Lesotho owns the remaining 30% of Mothae, which is located 5km from Letšeng, the world’s highest dollars-per-carat kimberlite diamond operation.

“We are highly encouraged that the coarse size fraction in our recently commenced commercial production through the new 1.1-million-tonne-a-year Mothae plant is reinforcing why Lucapa invested in this second high-value resource to complement production from the Lulo mine in Angola,” said managing director Stephen Wetherall.

Lucapa plans to update guidance for the mine in respect of volume, grade and price in the June quarter after the first quarter of commercial mining operations.

Mothae is currently expected to yield 22,000 carats per year.

Lucapa also has a 40% stake in the prolific Lulo mine in Angola, a source of the world’s highest dollar-per-carat alluvial diamonds.

Currently, the company is advancing two exploration projects in well-known diamond districts. One is at Brooking in the West Kimberley lamproite province of Western Australia. The other is a the Orapa Area F project in its namesake mine in Botswana, where it plans to drill kimberlite targets this year.

Shares in the company closed at 19 Australian cents on Friday, 2.7% higher than the previous day, though it remains near its year-low of 16.5 cents and well below last May’s high of 31 cents.