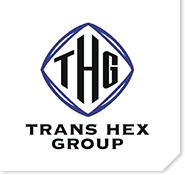 Trans Hex Group’s losses widened 2% to $13.9 million in the past fiscal year, reflecting the termination of its Lower Orange River mining operations.

The company halted production at the unprofitable LOR division in South Africa in October, and agreed in April to sell the assets to a firm called Lower Orange River Diamonds. Revenue from LOR fell 54% to $15.3 million due to the mines Baken and Bloeddrif being on care and maintenance for a large part of the financial year ending March 31. Losses at the discontinued operations grew 81% to $15.9 million from $8.7 million last year.

Sales at Trans Hex’s continuing operations West Coast Resources in South Africa and Somiluana in Angola more than doubled to $14.3 million . The miner recorded a $2 million profit at those assets, compared with a loss of $4.9 million a year ago.