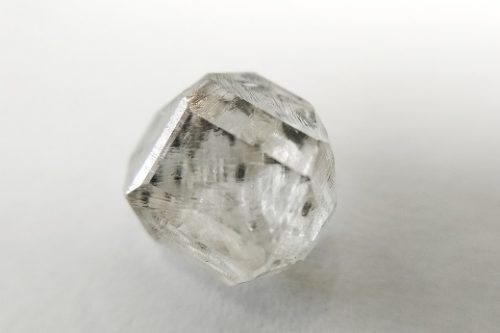 The government has separated the Indian Trade Clarification (ITC) code for rough synthetic gemstones into diamonds and non-diamonds, the Gem & Jewellery Export Promotion Council (GJEPC) reported last week. The move will help organizations such as the GJEPC track the precise quantities of lab-grown diamonds coming into the market, explained Colin Shah, the council’s vice chairman.

Previously, all rough synthetic gemstones carried the same Indian import code — 71042000 — whether they were man-made diamonds or other stones. From now on, rough lab-grown diamonds will fall into 71042010, while other rough synthetic stones will be assigned 71042090. Trade data for the two categories is likely to be available starting in August, the GJEPC said. Natural rough diamonds will retain their code of 71023100.

ITC codes are unique numbers for each type of product, and are based on the international Harmonized System (HS) of codes. The government announced the change in last week’s Union Budget, following lobbying by the GJEPC.

“This will go a long way in strengthening the efforts of the council to monitor the two pipelines and maintain their integrity,” said GJEPC chairman Pramod Agrawal.

India already has the distinction for polished: Synthetic diamonds carry the ITC code 71049010, while other polished synthetic gemstones are labeled 71049090. However, until now, the GJEPC has chosen not to publish the official trade figures for synthetic diamonds in its monthly data release, instead providing one total for all synthetic polished gemstones, including diamonds, and an equivalent for rough. It’s in the process of changing its reporting methods, and will soon publicize the whole range of available data across rough and polished, it confirmed.

India is one of the first countries to keep close tabs on lab-grown trading, the GJEPC claimed. China already has a similar distinction for its import codes, while the European Union will adopt a Combined Nomenclature (CN) customs code for synthetic diamonds on January 1, 2020, the GJEPC added. Australia and Russia are likely to follow suit, it noted.

The budget — the country’s first since the reelection of Prime Minister Narendra Modi — also saw the introduction of an online service enabling small and medium-sized enterprises to obtain loans of up to INR 10 million ($146,000) within 59 minutes. The government will allocate INR 3.5 billion ($51 million) to subsidize interest repayments for companies of that size that are registered for the nation’s goods and services tax. The initiatives are open to a range of industries, including jewelry.

Additionally, the government will charge a 2% “tax deducted at source” on cash withdrawals exceeding INR 10 million ($146,000) to discourage cash payment for business purposes.