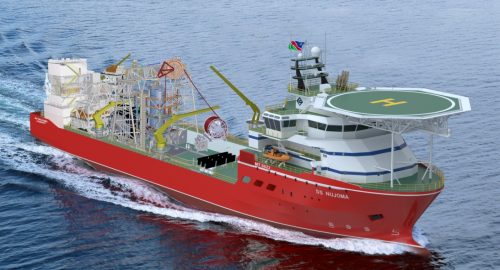 De Beers is planning to add the world’s largest custom built diamond mining vessel to its fleet at a cost of $142 million.

The ship will be the sixth belonging to Debmarine Namibia, a 50/50 joint venture between the miner and the Republic of Namibia, De Beers said Tuesday. Expected to begin operations in 2021, it will enhance the company’s ability to recover diamonds off the southern African country’s Atlantic coast, the rough producer added.

“There is a great amount of potential in Namibia’s marine diamond deposits, and this new vessel will support our strategy to continue to grow our offshore operations,” said De Beers CEO Bruce Cleaver.

Kleven Verft, a Norwegian ship-building company that constructed the Nujoma, will also build the new vessel, and has signed a memorandum of understanding with De Beers.