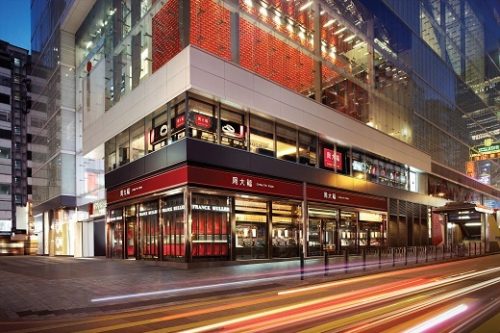 Chow Tai Fook followed a string of major retailers that have noted a slowdown in greater China as the jeweler’s same-store sales fell in the three months that ended December 31.

“A decline in same-store sales was recorded for both mainland China and Hong Kong and Macau markets in the third quarter amid uncertain macroeconomic environment,” the company said in a trading update Monday.

Other retailers have expressed similar caution about the region, with Cartier owner Richemont noting a slowdown in Hong Kong due to lower tourist spending resulting from a weaker yuan versus the Hong Kong dollar. Tech giants Apple and Alibaba also recently expressed concern about a decline in the region.

Chow Tai Fook saw lower sales volume but slightly better average prices due to a shift toward higher weights in its gold products, which account for approximately 60% of its total retail revenue. The average price of its gem-set jewelry fell 4% to HKD 6,600 ($841) in China and by 3% to HKD 11,500 ($1,466) in Hong Kong and Macau.

The jeweler reported that total retail sales grew 1% in China, boosted by 259 new points of sale that opened in the country during the quarter, while overall sales in other markets slipped 1%.