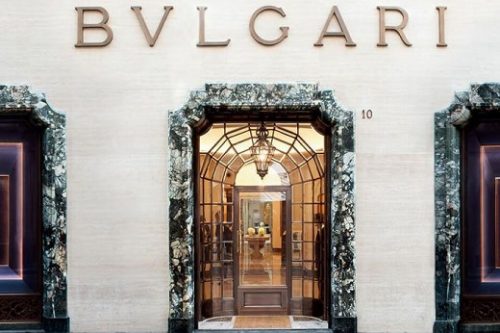 Sales and profit from watches and jewelry at LVMH Moët Hennessy Louis Vuitton grew in the first half of 2019 amid a strong performance by its Bulgari brand, the company reported Wednesday.

“Bulgari made good progress in its stores, and continued to gain market share,” the group said. Lines such as Serpenti, B.Zero1, Diva and Fiorever performed well, as did the new high-end jewelry collection, Cinemagia, LVMH added.

LVMH’s group revenue jumped 15% to EUR 25.08 billion ($27.92 billion), with increases across all categories. The US and Asia saw strong growth, as did Europe, particularly in France, which performed better in the second quarter than the first as protests in the country became less intense. Net profit climbed 14% to EUR 5.3 billion ($5.89 billion).

Last week, LVMH CEO Bernard Arnault edged out Bill Gates for the number-two spot on Bloomberg’s Billionaire’s Index, the first time in the list’s seven-year history Gates has been pushed out of that slot. Arnault’s fortune has increased to $107.6 billion as LVMH’s share price continues to grow, Bloomberg noted. The company’s stock price had risen around 1% at press time Thursday.