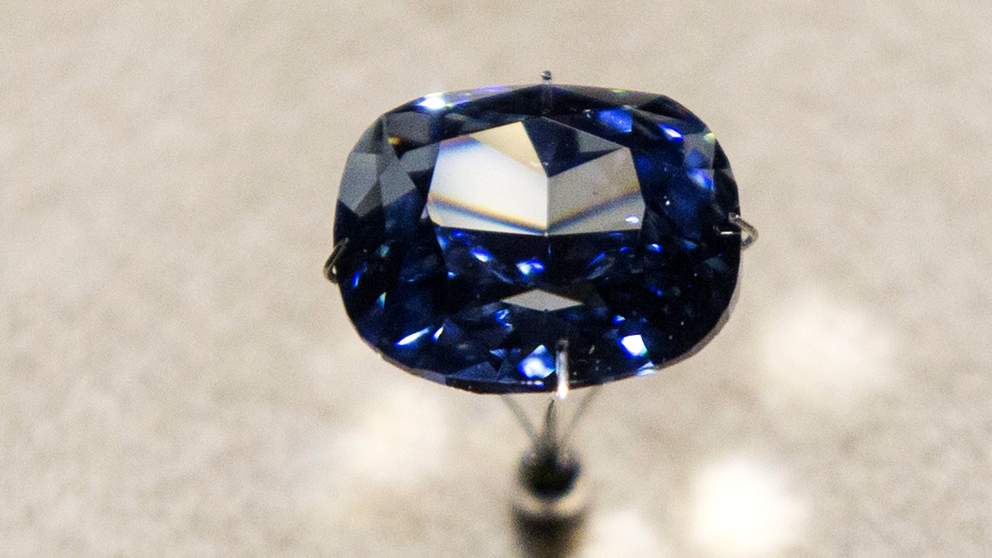 The Blue Moon Diamond has been sold for a record US$48.26m at Sotheby’s in Geneva.

The sale price is a record per carat and for total value for any gemstone.

Blue Moon Diamond has no inclusions and has been officially declared flawless.

The 29.62-carat diamond was found at the Cullinan Mine in South Africa in January last year, blue diamonds make up only 0.1% of diamonds unearthed at the mine.

It was then cut and polished in New York, a process which took six months and eventually produced the 12.03 carat vivid blue gem.