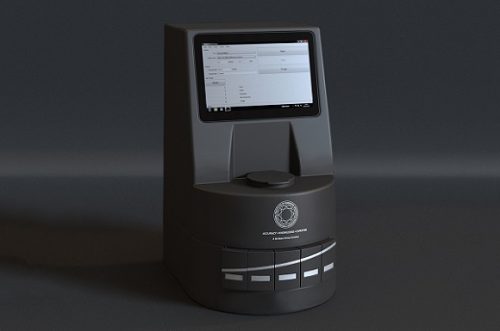 Major gemological laboratories have rebuffed claims that detection machines are failing to spot synthetic diamonds that have undergone irradiation.

In a trade alert last week, Diamond Services argued that the treatment, generally used to alter the color of a stone, can mask the phosphorescence effect when diamonds created using High Pressure-High Temperature (HPHT) undergo scanning at room temperature.

While detection machines can often identify HPHT diamonds because they phosphoresce — or glow — under ultra-violet light, certain devices fail to spot some of those stones that have been subject to irradiation, the Hong Kong-based diamond-technology company argued.

However, De Beers and the Gemological Institute of America (GIA) have denied the impact of such a phenomenon on their machines’ ability to sift out HPHT synthetics.

“The International Institute of Diamond Grading and Research (IIDGR) confirms that its instruments AMS2, SYNTHdetect, DiamondView and DiamondSure are all effective at screening HPHT synthetic material which has been irradiated and is tested at room temperature,” the De Beers-owned grading unit said in a statement last week.

“Any business using these devices can have full confidence that any such material will be detected without the need to undertake tests at different temperatures,” it added.

Meanwhile, although detection devices based on phosphorescence may not be able to detect some HPHT-grown irradiated synthetics, the GIA’s machines can spot them, the Carlsbad, California-headquartered laboratory stressed.

“The ability of the instruments that GIA uses to differentiate natural diamonds from HPHT and CVD [chemical vapor deposition]-grown synthetic diamonds, including the GIA iD100 gem-testing device and the GIA Melee Analysis Service, is not affected by irradiation treatment,” the GIA told Rapaport News.

Examining diamonds at the temperature of liquid nitrogen can be an extremely accurate method of detecting synthetics, while a technique called Raman spectroscopy is a simple way of spotting irradiated diamonds, according to Joseph Kuzi, founder and president of Diamond Services.

“Our latest findings indicate that the diamond and jewelry trades should show extra caution, but we do not claim that irradiated HPHT-grown synthetic diamonds are undetectable,” Kuzi said.