Investors were duped into handing over more than $1m to a man who claimed to own a diamond mine, say police in Australia.

He allegedly claimed to be the owner of a non-existent mine in Sierra Leone and offered his victims the opportunity to invest.

Once they paid an initial sum, he allegedly asked for equipment and various gifts for his employees – which he then sold.

A 42-year-old man from the South East Suburbs, Melbourne, has been charged with 150 deception related offences including obtaining property by deception between September 2017 to October 2021.

He’s been bailed to appear before the Melbourne Committal Court in February 2022.

Detective senior sergeant Jason Venturoni, of Victoria police, said: “Criminals involved in the deception of others are often convincing and take advantage of people’s trust to exploit others for their own financial gain.”

Western Australia has reduced its diamond royalty rate by a significant 33.3 per cent, a move that has been welcomed by Gibb River Diamonds.

The company’s lobbying has led to the reduction of the state diamond gross royalty rate from 7.5 per cent to 5 per cent.

Gibb River stated that the royalty change was in line with the recommendations of the Mineral Royalty Rate Analysis report.

“The board of (Gibb River) believes that the reduction of the diamond royalty will have a very positive effect on the sector and is an extremely helpful step in further (Gibb River’s) aim of becoming a profitable diamond producer in Western Australia,” the company stated in an ASX announcement.

The rate is comparable to the 5 per cent royalty rate applied to Rio Tinto’s Argyle diamond project in Western Australia as of May this year, which was amended from the 7.5 per cent rate in 2006 when Rio Tinto decided to proceed with underground mining.

Gibb River operates the Ellendale diamond project in the West Kimberley, which supplies over 50 per cent of the world’s fancy yellow diamonds every year.

The rare colour had driven United States jeweller Tiffany & Co to ink a six-year deal with Ellendale’s former operator, Kimberley Diamonds, for the supply of the diamonds in the past. 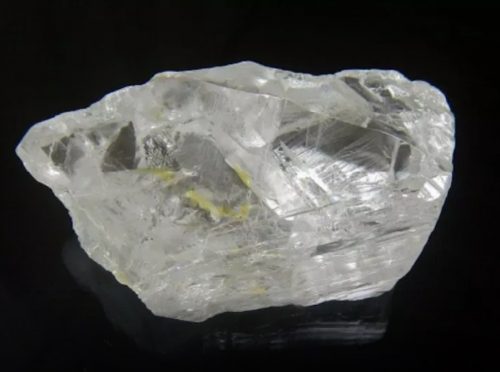 The company on 21 March 2019, provided an update on Alluvial Diamond Resource for the Lulo diamond mine in Angola Lulo Diamond Resource. LOM is under the partnership with Rosas & Petalas and Empresa Nacional de Diamantes E.P.

The current sale of Diamond was estimated at prices above the previous resource estimation on May 31, 2017.