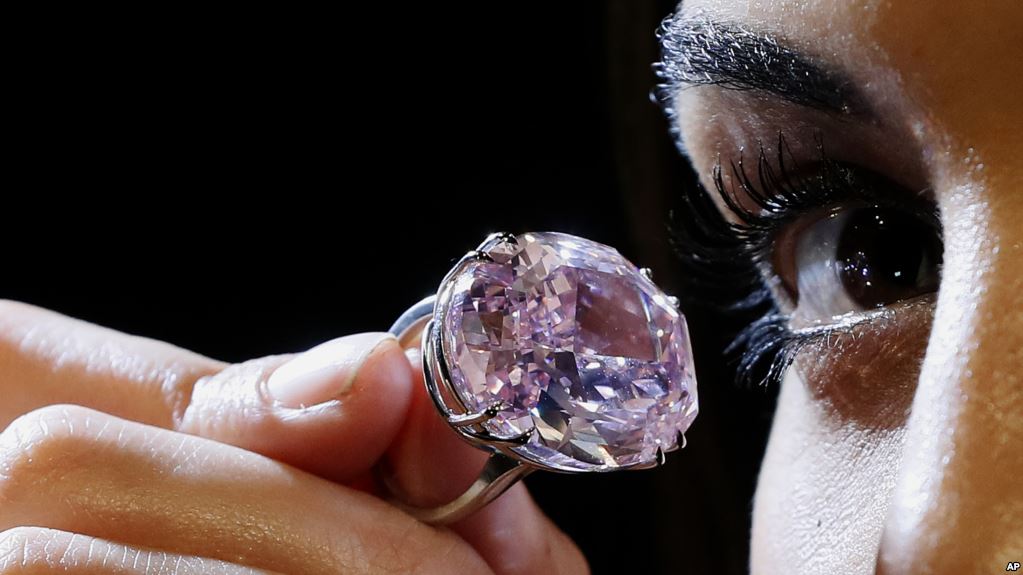 The stone was then worn by Danish model Helena Christensen around her neck to exhibit it to the public for the first time in Monaco in 2003.

Chow Tai Fook a Hong Kong based jewellery retailer bought the 59.6 carat pink diamond for $US 71.2 million (AUD $94.2 million), setting a world record for any gem.

The Pink star is highest colour grade of vivid pink, and the highest purity of IF.