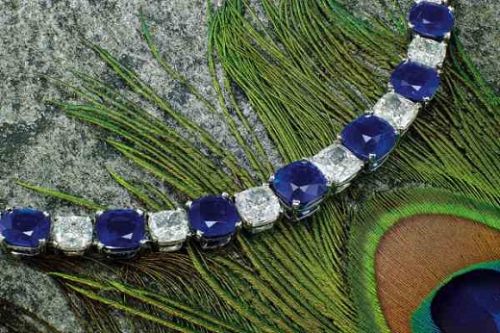 A rare sapphire necklace was the top seller at Christie’s Magnificent Jewels auction in Hong Kong, which garnered about $60 million in total on Tuesday.

The Peacock Necklace, which had a presale estimate of $12 million to $15 million, became the most expensive Kashmir sapphire necklace per carat in auction history, Christie’s said. The piece contains 21 cushion-cut Kashmir sapphires weighing a total of 109.08 carats. It fetched $15 million at the sale, achieving a price of $137,146 per carat.

Christie’s sold 70% of lots on offer at the auction.