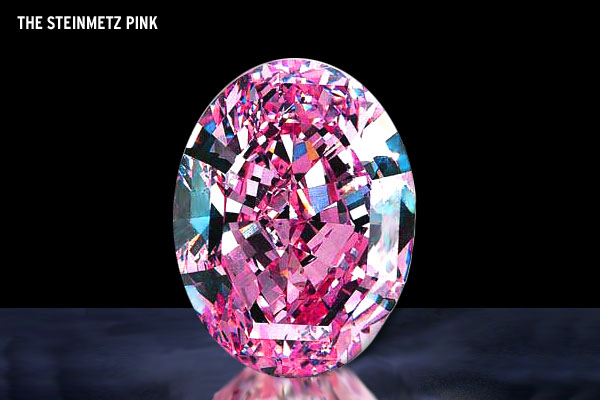 The Pink Star a 59.60-carat, internally flawless, fancy vivid pink, type IIa diamond will be up for sale at Sotheby’s Geneva.

The Pink Star originally a 132.50-carat rough diamond that was recovered by De Beers in South Africa in 1999 was then cut and polished by Steinmetz Diamonds taking two years to finish.

The diamond was first shown by Steinmetz in Monaco in 2003.

With a presale estimate in excess of $60 million the exceptional diamond is expected to sell November 13.

The Pink Star weighs more twice the 24.78-carat Graff Pink diamond, which reached a world auction record at $46.2 million at Sotheby’s Geneva in 2010.