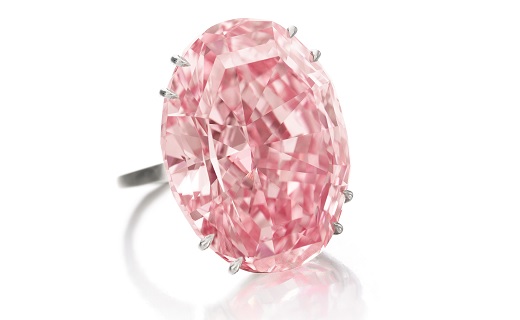 Sotheby’s teamed up with two other firms to collectively own the Pink Star diamond, which has been valued at $72 million.

The gem was returned to Sotheby’s after Wolf defaulted. “Diacore and Mellen Inc. have acquired an ownership interest in one of the world’s natural treasures: the remarkable Pink Star diamond,” Sotheby’s said in a statement. “The three parties have formally partnered to achieve the value of the 59.60-carat stone, which Sotheby’s holds in its inventory.” No other details, including financial, were disclosed. However, a Sotheby’s annual report published in February 2014 shows the diamond was recorded in the company’s inventory at about $72 million.

It remains the largest internally flawless, fancy vivid pink diamond ever graded by the Gemological Institute of America, Sotheby’s said. Diacore purchased the original 132.50-carat rough and took two years to cut and polish it, the statement added.

Diacore is a diamond manufacturer headquartered in Johannesburg, South Africa. Mellen Inc. is a family-run private jeweler based in New York.

The exceptional diamond was recoverd from a mine in South Africa, originaly named the Steinmetz Pink.