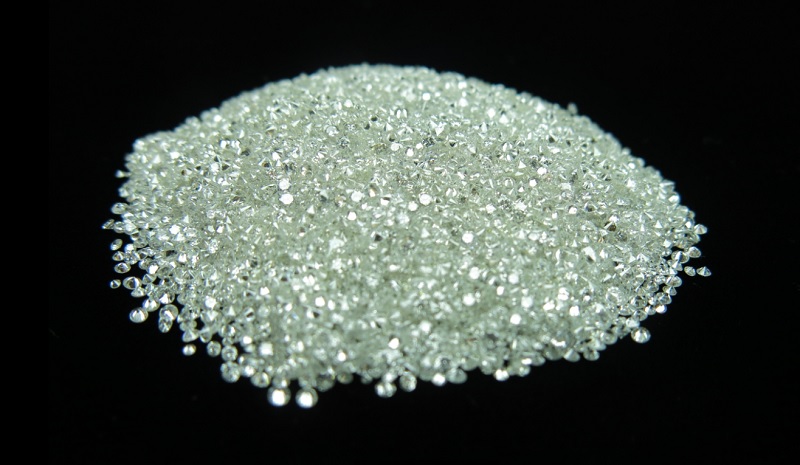 The Gemological Institute of America (GIA) recently uncovered an unusually large number of undisclosed synthetic diamonds mixed in with natural melee diamonds, the lab confirmed with Rapaport News on Monday.

A parcel of 323 melee diamonds with an average size of 0.014 to 0.015 carats was found to contain 101 chemical vapor deposition (CVD) synthetic stones at the GIA’s Mumbai lab, reported Wuyi Wang, the institute’s director of research and development. The goods had been submitted to the GIA’s Melee Analysis Service, which made the discovery.

The GIA launched the service in December of last year and has regularly identified small quantities of undisclosed synthetic melee diamonds in some parcels submitted for analysis, Wang said.

However, he explained, “this is the first time we have seen such a significant percentage of CVD melee mixed with natural melee.” Fewer cases of undisclosed mixing have been reported recently as more testing facilities and detection machines have come to market, Praveenshankar Pandya, chairman of India’s Gem & Jewellery Export Promotion Council (GJEPC), said at the World Federation of Diamond Bourses’ Presidents’ meeting last month.

The first major discovery of undisclosed synthetics was in May 2012, when several hundred CVD diamonds were sent to the International Gemological Institute ??(IGI) in Antwerp and Mumbai to be certified as natural diamonds.? Still, concerns of such fraudulent activity are on the rise as synthetic diamond production increases, the GIA and De Beers International Institute of Diamond Grading & Research (IIDGR) said in separate presentations at last week’s Hong Kong Diamond, Gem & Pearl show.

Production has largely been focused on High Pressure-High Temperature (HPHT) synthetics, while you don’t see a lot of CVD melee in the market, Wang said in his presentation. Regardless, the risk of undisclosed synthetics has increased as synthetic-diamond growth technology has developed, especially in the very small melee sizes, given that the market has lacked an efficient, affordable means to detect them, the GIA said in its Monday statement to Rapaport News.

“The GIA has screened larger diamonds for treatment and to determine whether they are of natural versus synthetic origin for decades, but the small size and vast quantities have made doing the same for melee impossible until now,” the company said. “The GIA Melee Analysis Service gives the industry – as well as the consumer – confidence in knowing what they are getting for the most prevalent stones in the market.”