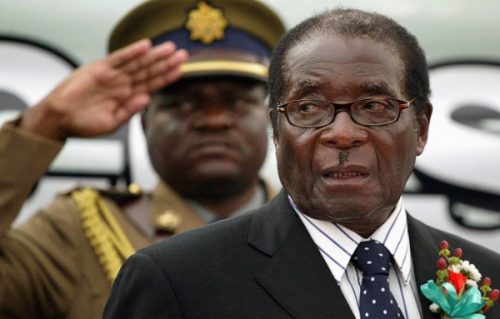 A Zimbabwe parliament committee has summoned former president Robert Mugabe to give evidence on Wednesday about diamond corruption alleged to have cost billions of dollars during his rule.

Mugabe, who was ousted from office in November after a brief military takeover, has not commented on whether he will appear before the committee.

A parliamentary notice for May 23 was released on Monday.

“Subject to confirmation, oral evidence from His Excellency, the former president of the Republic of Zimbabwe, comrade RG Mugabe, on diamond mining revenues,” it read.

Mugabe, 94, who is in frail health, was also called to give evidence last month but the meeting was postponed.

Lawmakers plan to question Mugabe over his 2016 claim that the country had lost $15 billion in revenue due to corruption and foreign exploitation in the diamond sector.

No one in Mugabe’s office was available to confirm whether he would appear.

The former president, whose own regime was accused of syphoning off diamond profits, has described his ousting as a coup.

He has not been seen in public since November, though he hosted a private birthday party in February at “Blue Roof” – the lavish mansion where he and his wife Grace, 52, have been living in apparent seclusion in recent months.

Mugabe was replaced by his former deputy Emmerson Mnangagwa, a veteran loyalist in the ruling ZANU-PF party who was backed by senior military officers.

Zimbabwe discovered alluvial diamonds in Chiadzwa, in the east of the country, over 10 years ago.

Zimbabwe is due to hold elections in July or August, the first since Mugabe was unseated, with the Zanu-PF widely predicted to retain power.