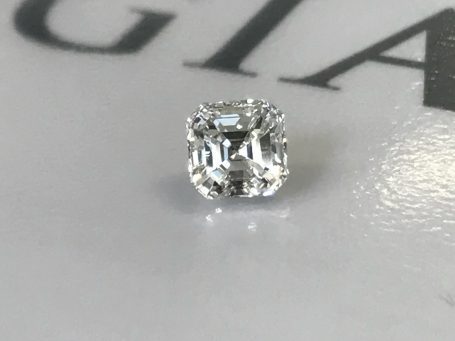 The Asscher Cut Diamond, A Royal diamond cut, With the most light return of all step cut diamond shapes.

The Royal Asscher is owned by the Asscher family, a diamond dynasty with a 157 years of legacy.

In 1854 Joseph Isaac Asscher, a diamond artisan, established the I.J Asscher diamond company, named for his son Isaac Joseph Asscher, who followed in his father’s footsteps and entered the diamond industry.

Her Majesty Queen Juliana of the Netherlands granted the Asscher Diamond Company a royal title in 1980. A tribute to the century old leading role the Asscher family and company played in the diamond industry.