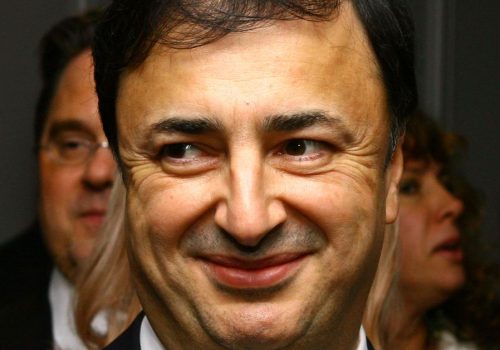 Precious gems believed to have brought into Israel hidden in the luggage of a worker from one of Russian-Israeli billionaire’s factories.

Police said Monday they had arrested six suspects on suspicion of involvement in a smuggling operation that brought hundreds of millions of shekels’ worth of diamonds into Israel hidden in suitcases.

Police said in a statement that the suspects “conspired, planned, and operated for a number of years smuggling diamonds into the State of Israel worth hundreds of millions of shekels in violation of the law and without reporting to the competent authorities.”

They were questioned under caution on suspicion of diamond smuggling, money laundering, tax offenses and conspiracy to commit a crime, filing false business reports and other offenses.

The investigation, being handled by the Lahav 433 national crime unit, found that an Israeli citizen who had been living aboard entered Israel six years ago with diamonds concealed in his luggage, police said.

Police believe the suspect, a worker at a Russian factory owned by Russian-Israeli diamond billionaire and philanthropist Lev Leviev, then sold the diamonds without reporting the transactions to tax authorities. Investigators who raided his home and found hundreds of diamond-related shipping certificates.

More arrests in Israel and abroad are expected, according to authorities.

Many details of the case were gagged by a court order Monday morning.

During raids on the suspects’ homes police seized luxury cars from a city only identified as near the Tel Aviv area.

All of the suspects were to be brought for a hearing later Monday at the Rishon Lezion Magistrate’s Court.

The case was cracked with the aid of one of the suspects who turned state witness after he was stopped six months ago at Israel’s Ben Gurion airport carrying a diamond worth a million shekels ($270,000), the Globes website reported.

In a statement, Leviev’s company LLD Diamonds said it had no information about the arrests, according to the report.