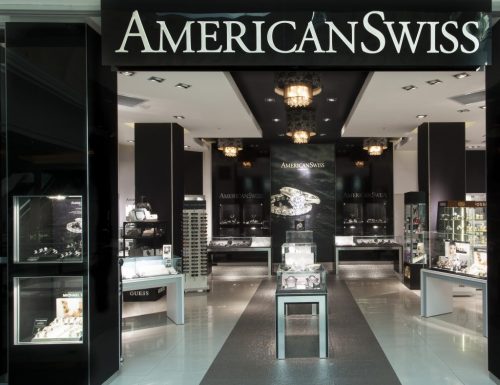 South African retailer TFG (The Foschini Group) has expanded its American Swiss jewellery brand into Australia in the hope of shaking up the jewellery market there, chief executive Anthony Thunström said on Thursday.

The move aims to show whether TFG’s local brands can thrive in more developed markets than Sub-Saharan Africa where weak economies are seen to be limiting their potential.

“We launched an American Swiss Australia. We just opened our first four stores, we’re planning on opening another two so we’ll have six in total by the end of the year,” Thunström told Reuters after the clothing and homeware retailer reported half-year results.

“The stores are quite a big step forward in relation to other jewellery stores in Australia, it’s a 3.5 billion Australian dollar per annum market and we believe we can shake that up and disrupt it a bit.”

Thunström said the six stores were split between Melbourne, Sydney and Brisbane and will give the group “enough of the critical mass to gauge the reception and over the next six months we’ll see how they trade.”

TFG, which owns 28 brands in 32 countries, started in Australia in 2017 when it bought menswear chain Retail Apparel Group (RAG), boosting TFG Australia’s sales, up 170.7% in Australian dollars for the six-months ended September.

TFG has been making more of its brands available online in a market where trading has shifted rapidly from brick and mortar stores to online retail.

With the recent launch of online selling for two additional TFG Africa brands, Donna and The FIX, online turnover through 22 of the group’s 28 brands now contributes 7.9% of group turnover, the company said.

Thunström said the group will leverage its 13.4 million customers and omni-channel formula to stay ahead of competitors.

“We’ve had a big push with online from the last couple of years but we’ve upped the ante over the last 12 months. We’re spending an increasingly amount of capex and operating expenditure on our online offering,” Thunström said.

Online shopping’s share of total retail sales in South Africa is still hovering around 1%, but barriers to entry, such as a lack of internet access, are being overcome while the convenience of online shopping is drawing more and more customers.