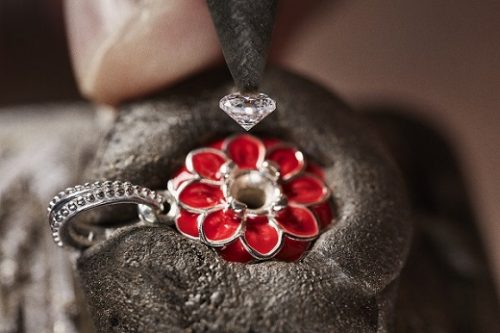 Pandora plans to lay off 397 employees after disappointing second quarter results and a weakened outlook for the rest of the year.

While sales grew 4% in local currencies to $748.2 million (DKK 4.82 billion) for the quarter, the retailer lowered its revenue guidance for the year to an increase of 4% to 7%, from its previous forecast of 7% to 10%. It also expects lower profit margins, after that measure declined in the second quarter, it said Monday. The company’s stock price was down 21% at press time Tuesday.

Streamlining the business will help Pandora’s financial performance by reducing complexity and shifting resources to strategic priorities such as digital and e-commerce sales, CEO Anders Colding Friis explained in a separate statement Tuesday. Pandora has nearly doubled in size in the past three years, with new organizational practices emerging in different parts of the company, the executive added. The changes will reduce costs by about $23.3 million (DKK 150 million) per year, the company said.

“The adjustments are…necessary to protect our profitability,” Colding Friis said. “Sadly, the changes mean that good employees will lose their jobs, and we are supporting them in the best possible way.”

Of the layoffs, 218 will be in Thailand, where Pandora employs 13,000 people, including 5,000 at a new manufacturing center it unveiled in June. The company’s global workforce numbers 27,000.

Pandora has suffered from weak demand for its products in the US, as well as competition from unauthorized traders in the Asia Pacific region. Last month, it said it had reduced retail prices in China to combat the grey market, in which other companies sell its products without a license.

Meanwhile, Pandora has appointed Sid Keswani as president for the Americas. Keswani is a former CEO of grocery store chain Fiesta Mart, and replaces Scott Burger, who left the company in January. He will begin on August 13, reporting directly to the CEO.

Pandora will release its full results for the second quarter on August 9.