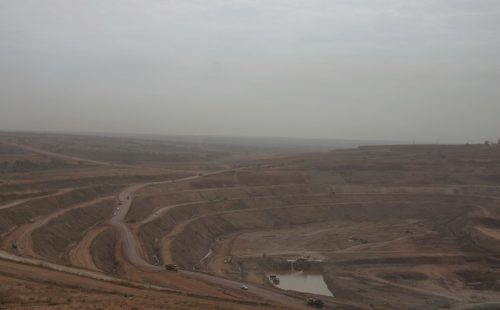 Fitsch Solutions. a risk management agency, reported that Endiama, Angola’s state-owned diamond mining company, will be privatized, with a portion of its capital to be sold on the country’s growing stock exchange, the BODIVA.

Fitsch reported that in May 2019, President Lourenco had presented a plan to create a National Solid Mineral Resources Agency in 2020 that will replace Endiama as the diamond-sector concessionaire, allowing the latter to focus on its core business of diamond production.

Fitsch noted that Lucapa Diamond Company was doing well and that a Canadian company, called Tango Mining, had partnered with CC Mining and invested $1.3 million to develop the Txapemba Project in the Lunda Norte province. In addition, Endiama has several kimberlite pipes and alluvial projects for investors. Fitsch said that currently are five available kimberlite projects: Mulepe, Chiri, Tchegi, Sangamina and Camafuca-Camazambo as well as four alluvial concessions at Sajnungo, Cabula, Muriege and Muanga.

Fitsch warned, however, that it remains “cautiously optimistic on the prospects of Angola’s mining sector growth ahead, with Angola’s prolonged economic weakness risks increasing social unrest which could derail reform momentum. “During the 2017 elections President Lourenco campaigned on bringing about an ‘economic miracle’ yet the economy has remained in a downturn since he assumed office, with real GDP growth averaging -1.4 percent from 2016 to 2018 compared to the 2010-15 average of 4.6 percent, amid the oil sector’s declining output and weaker prices weighing on exports and broader economic activity.”