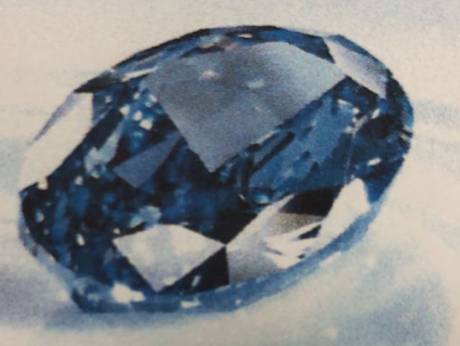 Police analysed thousands of hours of CCTV footage and questioned over 100 people to investigate the daring theft of a $20 million diamond from the vault of a Dubai based company.

Police were alerted about a robbery of a rare stone 9.33 carat after an unknown person broke through three security gates to get to the company’s vault on May 25. “The security system of the vault requires a group of employees to open the last gate simultaneously. Despite the precautionary measures, the suspect managed to steal the diamond.

In a major operation, Dubai Police recovered the diamond from Sri Lanka after it was smuggled out of the UAE in a shoe box by sea, an official said.

The suspect, a guard working with the money transfer company, was arrested in the UAE. After stealing the diamond, he gave it to a relative who smuggled the precious stone out of the UAE by hiding it in a sports shoe box, the police said.

The Asian suspect, who worked for the company. was arrested in a neighbouring emirate, had managed to break through three security gates to the vault to steal the diamond.