Lucapa Diamond Company has recovered one of the largest pink diamonds in history: a 170-carat stone from the Lulo mine in Angola.

The type IIa rough, named the Lulo Rose, is “believed to be the largest pink diamond recovered in the last 300 years,” Lucapa said Wednesday. It is also the fifth-largest diamond from Lulo, and the deposit’s 27th over 100 carats since commercial production began in 2015. Lucapa plans to sell the diamond through an international tender conducted by Angolan state diamond-marketing company Sodiam, it noted.

“The record-breaking Lulo diamond field has again delivered a precious and large gemstone, this time an extremely rare and beautiful pink diamond,” said José Manuel Ganga Júnior, chairman of the board of state-owned Endiama, one of Lucapa’s partners in the deposit. “It is a significant day for the Angolan diamond industry.”

In addition to the pink, Lulo is also the source of Angola’s largest diamond, a 404-carat rough named the 4th February Stone.

Lucapa has begun bulk sampling at “priority kimberlites” as it searches for the primary source of Lulo’s diamonds, managing director Stephen Wetherall added. 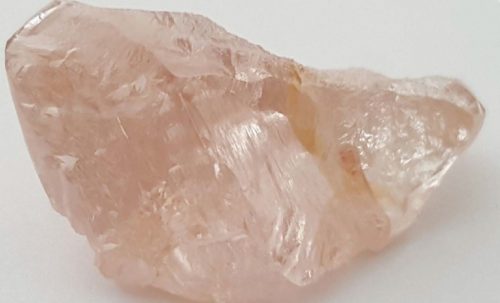 Lucapa Diamond Company, owner and operator of the Lulo mine in Angola, will sell seven large and exceptional Lulo diamonds an “historic inaugural international tender under Angola’s new diamond marketing laws” in January.

The auction, which will be held at the offices of Sodiam Angolan state diamond marketing company in Luanda, will feature “major international diamantaires and large stone manufacturers”. The seven Lulo diamonds to be offered at tender include Type IIa D colour white gems of up to 114 carats and a 46 carat pink diamond.

In its latest diamond sale, held in late November, Lucapa raked in $4.2 million from the sale of 3,411 carats. The sale achieved an average price per carat of $1,220. The sale has brought the total year-to-date sales of Lulo diamonds to $24.5 million at an average price of $1,353 per carat.