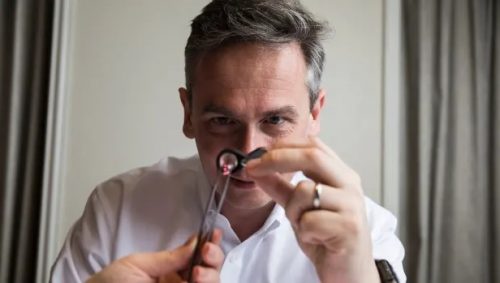 Rio Tinto’s fading Argyle diamond mine looks set to go out on a high, after posting its best financial performance in years.

Diamond markets are notoriously opaque, and Argyle’s performance cannot be gleaned through the financial results Rio reports every six months.

But new filings with the Australian Securities and Exchange Commission (ASIC) reveal revenues at Argyle, which is scheduled to close in 2020, surged to their highest levels in a decade in 2018.

The $370.6 million of revenue generated was 26 per cent higher than in 2017 and was the highest revenue reported by Argyle since 2008.

The improved financial performance was not constrained to revenue; the $148.4 million of cash flow from operations was virtually double the 2017 result, almost quadruple the 2016 result and the best since 2015.

The revenue and cash flow surge came, perversely, in a year when Argyle processed 10 per cent more ore than in 2017, but produced 18 per cent fewer diamonds; a situation that normally implies higher unit costs and poorer financial performance.

It is understood the big increase in revenue was driven by higher sales volumes in 2018 compared to previous years.

Revenue was also boosted by a stronger US currency and improving prices for the pink diamonds Argyle produces, which are tipped to enjoy greater scarcity value as the mine’s closure draws near.

Higher diamond sales in a year when Argyle’s diamond production slumped highlights the sort of opacity that makes diamond markets difficult for investors to predict.

Diamond production likely to be lower
While Argyle’s closure in 2020 appears certain, it is unclear whether Rio has built a sufficient war chest of pink diamonds to continue its annual pink diamond tender beyond the end of the mine’s life.

Rio keeps diamond pricing confidential, but within the past year the company’s diamond boss, Arnaud Soirat, has pointed to recent public auctions in which Argyle pink diamonds sold for more than $US1 million per carat.

Argyle’s revenue and cash flow surge belied the $128.6 million loss before tax that was reported to ASIC last week by the Rio subsidiary that owns the mine.

That loss was heavily influenced by a $145.4 million non-cash expense related to the closure of the mine.

The rare insight to Argyle’s financial performance comes as Rio directors and executive management fly into Western Australia this week for the company’s annual meeting of Australian shareholders on Thursday.

Chairman Simon Thompson has urged shareholders to vote against a resolution put forward by climate campaigners, which would compel Rio to set targets for reduction of greenhouse gas emissions.

The resolution explicitly calls for reduction targets linked to scope 3 emissions; the emissions generated by the companies Rio sells its products to.

Such a target would include Asian steelmakers, which create significant emissions when they blend Rio’s flagship product, Australian iron ore, with coking coal to make steel.

Mr Thompson has argued that emissions generated by such customers are beyond the control of Rio, and therefore the company cannot set such targets.