South Africa’s Petra Diamonds is considering selling its Williamson mine in Tanzania, even as it continues to work on bringing the operation back online in the second half of 2021.

Delivering its year-end results, Petra said that Williamson had been classified as a discontinued operation, which will mean an accounting loss of $52.1 million for the company. The mine was mothballed in April last year after diamond prices dropped following the global covid-19 outbreak.

BMO analyst Raj Ray said that while a sale could be viewed positively by the market, he sees potential risks in terms of realizing the value of $84 million (net book value of about $26 million at F2021 year-end) the bank ascribes to the asset, given the recent challenges.

“Recent efforts to procure a $25 million working capital facility with a local bank for the restart have so far been unsuccessful,” Raj wrote in a note to investors.

Petra has faced allegations of human rights abuses at the mine, resulting from the actions of its security guards.

The miner formed in February an internal committee to oversee the investigation, which concluded that “regrettable” incidents did take place at the mine in the past. Shortly after, it reached a £4.3 million (about $6m) settlement with claimants, even though it did not admit liability.

The company is currently engaged in talks with the Tanzanian government over a revised regulatory framework, which would lead to Williamson’s re-opening.

A key issue in those discussions concerns a parcel of 71,654 carats of diamonds effectively placed in limbo after deceased President John Magufuli blocked their export in 2017.

Turnaround
Despite covid-19 and issues at Williamson, Petra has staged a sharp turnaround in fortunes over the past financial year. It cut net debt by two-thirds in the year ended June 30 after a capital restructuring completed in March and rising sales drove strong growth in free cash flow.

Revenue rose 65% to $402.3 million on the back of higher sales of exceptional stones.

Petra Diamonds Limited has sold a 342.92 carat Type IIa white diamond and an 18.30 carat Type IIb blue diamond, both recovered at the Cullinan Diamond Mine in South Africa.

The stones have been sold into a partnership with Stargems (Pty) Ltd. Petra will receive an upfront payment of US$10.0 million for the 342.92 carat stone and US$3.5 million for the 18.30 carat stone, as well as retaining a 50% interest in the profit uplift of the polished proceeds of both diamonds, after costs.

Stargems is a Johannesburg-based subsidiary of Stargems Group, an international and vertically integrated diamond company, and is a diamond beneficiation licencee, allowing for the two diamonds to be cut and polished in South Africa.

Petra’s Chief Executive Officer Richard Duffy commented: “These two diamonds are wonderful examples of the very high quality and rare white and blue diamonds that are so well known from the Cullinan Diamond Mine. We are delighted that both stones will be manufactured in South Africa and it is fitting that we will be working with Stargems, who specialise in the sourcing and supply of the finest diamonds to customers across the world.”

Meanwhile, Shailesh Javeri, Chairman of Stargems Group, commented: “The stones will be beneficiated in South Africa at our Stargems cutting factory in Johannesburg and we look forward to working closely with Petra during the manufacturing process to reveal the eventual polished gems.”

The company said the diamond is “exceptional” quality, in terms of both its colour and clarity, and that it will likely be sold at the September tender.

Type II diamonds are found less frequently and are more valuable than Type I diamonds, as they have no measurable nitrogen impurities. This gives them exceptional transparency and brilliance.

Cullinan is known as the birthplace of the famed 3,106-carat Cullinan diamond, which was cut to form the 530-carat Great Star of Africa.

The operation also yielded the 317-carat Second Star of Africa.

They are the two largest diamonds in the British Crown Jewels.

Cullinan is known as the world’s most important source of blue diamonds, such as the 39.34-carat stone Petra found in April and which sold for $40.2 million earlier this month. It was the company’s highest price ever for a single stone.

South Africa’s Petra Diamonds has put a 39.34 carat Type IIb gem recovered at its iconic Cullinan mine in April up for sale, with viewings beginning June 15.

The company said the diamond of “exceptional quality” in terms of both its colour and clarity, will be showcased in Antwerp, Dubai, Hong Kong and New York.

Petra, which anticipates that the diamond will be sold via a special tender, said that biddings via its online platform will close on July 12.

While it didn’t set a price range for the stone, the miner said high-quality blue diamonds like the one for sale usually fetch the highest values.

The figure corresponds to a price of $4 million per carat, which remains the world record price per carat ever paid for a diamond.

Cullinan is known as the world’s most important source of blue diamonds, as well as being the birthplace of the 3,106-carat Cullinan diamond, which was cut to form the 530-carat Great Star of Africa. The operation also yielded the 317-carat Second Star of Africa. They are the two largest diamonds in the British Crown Jewels.

South Africa’s Petra Diamonds has found yet another big rock at its iconic Cullinan mine, a 39.34 carat Type IIb gem said to be of “exceptional quality” due to both its colour and clarity.

The miner didn’t indicate the diamond’s potential value but said it would sell it in a special tender.

Cullinan is known as the world’s most important source of blue diamonds, as well as being the birthplace of the 3,106-carat Cullinan diamond, which was cut to form the 530-carat Great Star of Africa.

The operation also yielded the 317-carat Second Star of Africa. They are the two largest diamonds in the British Crown Jewels.

De Beers has purchased five rough blue diamonds from Petra Diamonds for more than $40 million in partnership with one of its sightholders.

The miner bought the Letlapa Tala collection together with South African wholesaler and manufacturer Diacore for $40.4 million, split equally between the two companies. The type IIb stones, which originated from Petra’s Cullinan mine in South Africa, weigh a total of 85.6 carats, with the individual diamonds ranging from 9.61 to 25.75 carats, Petra said Wednesday.

The sale price at the November 24 tender exceeded analysts’ predictions. Liberum believed the stones would fetch “in the region of $30 million to $40 million,” while Berenberg predicted approximately $26 million, they told Rapaport News.

“The result of this special tender affirms the very high value placed on blue diamonds,” said Petra CEO Richard Duffy. “We believe this to be the first time that five rough blue diamonds of significant size, color and clarity have been offered for sale at one time, and we are delighted that the collection has been bought in its entirety.”

Diacore, which specializes in manufacturing rare, fancy-color diamonds, has worked with De Beers before. It previously cut the miner’s 203.04-carat De Beers Millennium Star, and has also worked on other well-known stones, such as the CTF Pink Star, a 59.60-carat pink bought by Hong Kong jeweler Chow Tai Fook for $71.2 million in 2017. The manufacturer, with cutting facilities in Botswana, South Africa and Namibia, was also one of the pilot participants in De Beers’ Tracr blockchain initiative.

“We are excited and humbled to have the opportunity to unlock the unparalleled beauty of these rare and extraordinary natural diamonds and share them with the world,” said Paul Rowley, executive vice president of diamond trading at De Beers. “Cullinan has produced some of the most beautiful diamonds the world has ever seen, and these blue diamonds are no exception.”

De Beers and Diacore will select expert craftsmen to study and work with the diamonds before presenting them to the public, De Beers added.

De Beers previously owned the Cullinan mine. It sold the deposit to Petra for $149 million in 2007.

Petra Diamonds (PDL.L) has agreed to sell its Botswanan exploration assets to Botswana Diamonds (BODP.L) for $300,000 and a 5% royalty on future revenue, the diamond miner, which is in the process of restructuring, said on Monday.

The purchase price will be payable in two equal instalments on or before August 31, 2021 and August 31, 2022, Petra said. Botswana Diamonds has the option to buy out the royalty for $2 million in cash.

Petra’s subsidiary Sekaka Diamonds Exploration (Pty) Limited, which Botswana Diamonds would take over, holds three prospecting licences including the KX36 project, which has an indicated resource of 17.9 million tonnes at 35 carats per hundred tonnes.

Botswana Diamonds managing director James Campbell said KX36 would be the company’s most advanced project in southern Africa, and Sekaka’s exploration database would also be “hugely complementary” to its current activities.

Petra, which has been planning to sell Sekaka since June 2018, said the deal is separate to the sales process it announced last month as part of its restructuring.

“The first tranche of the purchase consideration is not expected to be received until August 2021, making the sale too long-dated to help with Petra’s immediate cash flow challenges,” said BMO analyst Edward Sterck.

The sale still requires approval from the Botswana Competition Commission, ministerial consent in Botswana, and approval from Petra’s lenders and debtholders.

Campbell said he hopes the deal will be sealed by August 31.

The decline in revenue comes from lower diamond prices and the adverse product mix at Finsch and Williamson. This was, however, partially offset by the sale of the 20.08-carat blue diamond from Cullinan for $14.9 million.

The company is currently on track to meet or exceed its FY 2020 production guidance of ca. 3.8 Mcts.

In addition, Petra said it saw growing stability in pricing as the calendar year closed and that demand has continued to improve as the midstream looks to replenish inventory with early indications that rough pricing has improved modestly in the third quarter of 2020. .

Petra Diamonds Limited lost some of their lustre, sliding 5.3% to 7.65p after the diamond miner underwhelmed with a trading update. 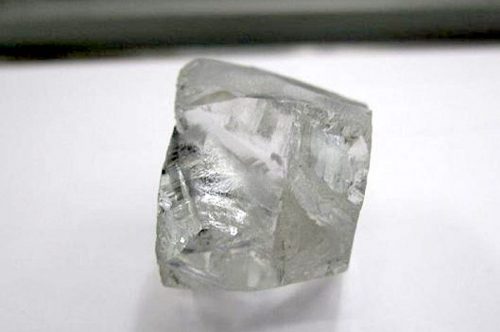