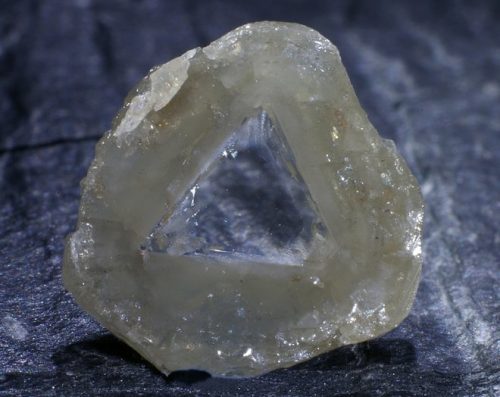 Ice VII inclusions found within diamonds is evidence for aqueous fluid in deep in Earth’s mantle.

The inclusions a high pressure form of water called ice VII present in diamonds sourced from between 410 and 660 km depth, the part of the mantle known as the transition zone.

The transition zone is a region where the stable minerals have high water storage capacity.

The inclusions suggest that local aqueous pockets form at the transition zone boundary owing to the release of chemically bound water as rock cycles in and out of this region.

Ice VII is about one and a half times more dense than regular ice but unlike the other phases of ice  ice VII remains fairly stable even as the pressure increases.