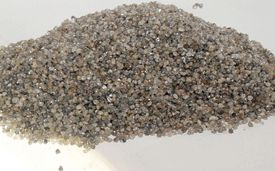 International Court of Arbitration ruled in favour of the state owned diamond miner on Monday after previously ordering the seizure of about $45 million of rough diamonds.

The rough diamonds eventual ownership depends on a separate claim by fourteen Dutch farmers, who are seeking compensation for land seizures. The court also ruled that the diamonds belong to Zimbabwean mining companies, rather than the government. The court will hear the farmer’s case in December.