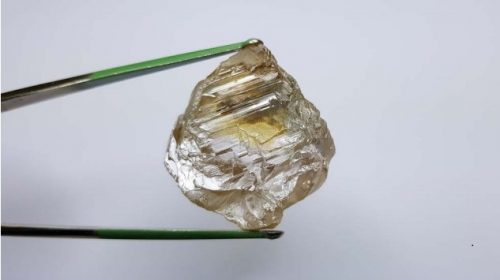 This recovery, together with the continued recovery of other large special white and fancy coloured diamonds continues to highlight the very special nature of the Lulo diamond concession.

The 130 carat diamond adds to the current inventory of high-value large Special run-of-mine diamonds, including top colour white diamonds, weighing 128 carats and 62 carats, as well as a number of fancy pink coloured diamonds.

The majority of the diamond inventory is scheduled for sale this quarter by the alluvial mining company, Sociedade Mineira Do Lulo, however, some diamonds may be extracted and held for tender at a later date.

Lucapa is a growing diamond company with high-value mines in Angola and Lesotho, along with exploration projects in Angola, Australia and Botswana.

Lucapa’s vision is to become a leading producer of large and premium-quality diamonds – from both alluvial and kimberlite sources – in Africa and other known diamond provinces around the world.

The company’s focus on high-value diamond production is designed to protect cash flows in a sector of the diamond market where demand and prices remain robust.

Lucapa’s flagship asset is the Lulo diamond project in Angola, which is a prolific producer of large and premium-value alluvial diamonds.

Lulo has produced 13 +100ct diamonds to date and is the highest average US$ per carat alluvial diamond production in the world.

Lucapa and its Lulo partners continue to advance their search for the primary kimberlite sources of these exceptional alluvial gems through a systematic drilling and exploration program.

Lucapa commenced commercial diamond recoveries in January 2019 at the company’s second high value mine, the 1.1 Mtpa Mothae kimberlite mine in diamond-rich Lesotho and has already recovered five +50 carat diamonds in its own sampling and commercial mining operations.

Lucapa’s Board and managements team have decades of diamond industry experience across the globe with companies including De Beers and Gem Diamonds.