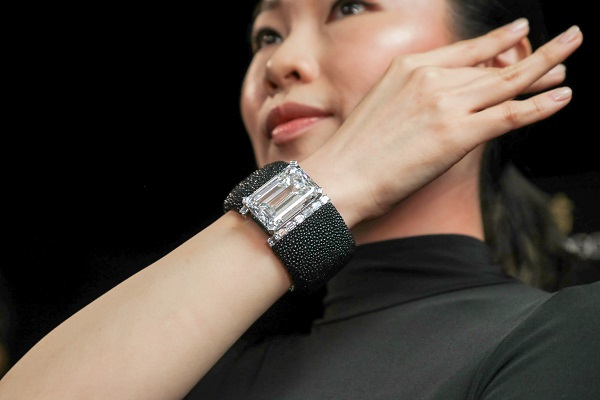 The historic emerald cut diamond could sell for more than $30 million USD when it goes on sale at Christie’s Geneva Auction next month.

The 163 carat D flawless diamond named The Art of De Grisogono, was shown at the Dubai Diamond Conference on Tuesday.

Initially in set in an necklace now as the centerpiece of a bracelet.

The polished diamond originated from a 404 carat rough diamond recovered at the Lulo mine in Angola Southern Africa.