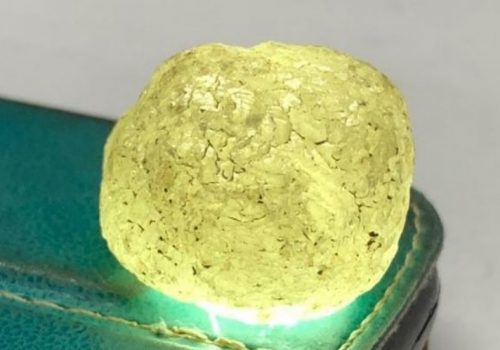 Frontier Diamonds has uncovered an 111 carat diamond at its Bellsbank kimberlite pipe project in South Africa while processing kimberlite material and tailings through its recently built dual purpose plant.

The company pointed out it was unable to confirm whether the diamond came from the tailings or kimberlite bulk sample from the project.

However, during earlier plant commissioning, Frontier recovered a 1.45ct diamond, which it pinpointed to coming from Bellsbank material.

An independent report has confirmed the presence of a 0.35 hectare kimberlite deposit at Bellsbank with an estimated grade between 10 carats per hundred tonnes and 30cpht.

Before today’s news, Frontier was in the process of undertaking a $1.075 million placement to boost its working capital while it ramps up production at its other South African diamond operations: Sedibeng and Star.

As a result of the placement proceedings, Frontier placed its securities in a trading halt when it confirmed the Bellsbank diamond had been discovered.

Under the placement, Frontier will now only accept commitments from investors that held securities prior to today’s news.

Frontier hopes to raise $1.075 million by issuing 26.875 million shares at $0.04 each – which is 20% discount to the company’s share price prior to news of this latest diamond find at Bellsbank.

Frontier sent the diamond for an independent valuation and will update the market on its value.