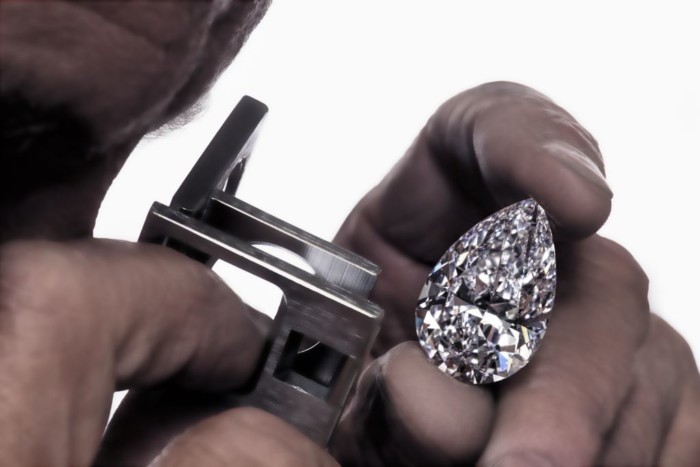 Graff Diamonds has unveiled the 105.07 carat D flawless pear shaped diamond, it has named the Graff Vendôme after its new retail outlet at Place Vendôme in Paris.

The diamond was cut from a 314 carat rough that was recovered in May 2015 at Gem Diamonds’ Letšeng mine, that was named “The Destiny” and sold into a partnership in June of that year according to a statement by the miner.

The stone was cut and polished by Graff’s own master cutters, who first used a 3D computerised mapping system to plan the cut and then laser cut and hand polished the stone over “many months”.

The rough yielded 12 other diamonds, the largest of which was 17.1 carats. Nine of them were of D flawless quality.